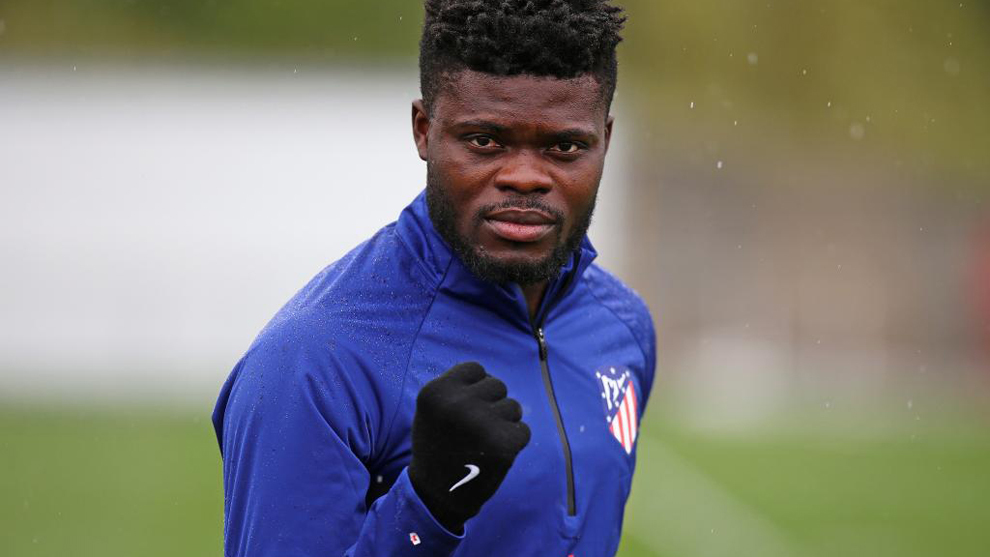 After last season being the seventh player who played the most minutes of the entire rojiblanca squad, Thomas Partey concentrated with his team to play the Africa Cup after finishing the 2018-2019 campaign with 42 games on May 18 at Ciutat de Valencia against Levante .

Like his teammates Josema Giménez and Santiago Arias , the midfielder fulfilled his country's commitments, but with the difference that the African tournament lasted for the month of July. The Ghanaian was eliminated from the tournament in the round of 16 on July 8, making him the footballer of the Atletico team who extended his season the longest.

Only 21 days after the bittersweet penalties against Tunisia , Thomas Partey appeared at Cerro del Espino to start a preseason that is far away for some soccer players who have seen how the coronavirus has changed their plans. The medium will add for the second consecutive season a twelve-month campaign and will be, if everything goes normally, the footballer who plays the most minutes of competition in the mattress locker room. Something that has even more merit if you remember that just twelve days after starting training he was already competing in a friendly against Juventus in Stockholm and started in Atlético's first league game against Getafe .

Players with more minutes this season at Atlético

If in the 2019-2020 campaign Thomas played 50 matches, in this strange season it could be repeated or even overcome if everything goes normally. To date, the medium has on his legs 35 games between the Champions League , the League , the Spanish Super Cup , the Copa del Rey and commitments with his team. With eleven league games to play and at least one more tie of the maximum continental competition, the mattress player is in a position to demonstrate once again that he is one of the most regular footballers in world football, one of the most reliable in LaLiga and one of the pillars of the mattress insole.

Faced with this 'express' season facing the teams, one of the main concerns that exist in the medical and technical bodies of the clubs are possible injuries . While in the Bundesliga muscular problems have been protagonists and in our football these mishaps have multiplied during training, Simeone can rest easy with Thomas .

Since the 2015-2016 campaign, the Ghanaian footballer has not lost more than two games in a row and in the last three football exercises, he has only lost one game due to physical problems. It happened in this season's duel against Real Sociedad in San Sebastián . Since then, he has only missed two appointments by meeting on both card cycles.

The lack of mishaps is far from his lack of exposure to them. Without a doubt, it is the fruit of a lot of work as evidenced by the fact that Thomas has been a starter in all the games that Atlético has played in the Champions League and in the last 15 league appearances with the exceptions of the aforementioned sanctions.

With all the comments and after all that Atlético has been suffering with injuries, there is no doubt that Simeone has many reasons to be optimistic in a stretch of the season where the Champions League is at stake and it seems that achieving the Goals will be a matter of the law of the strongest.