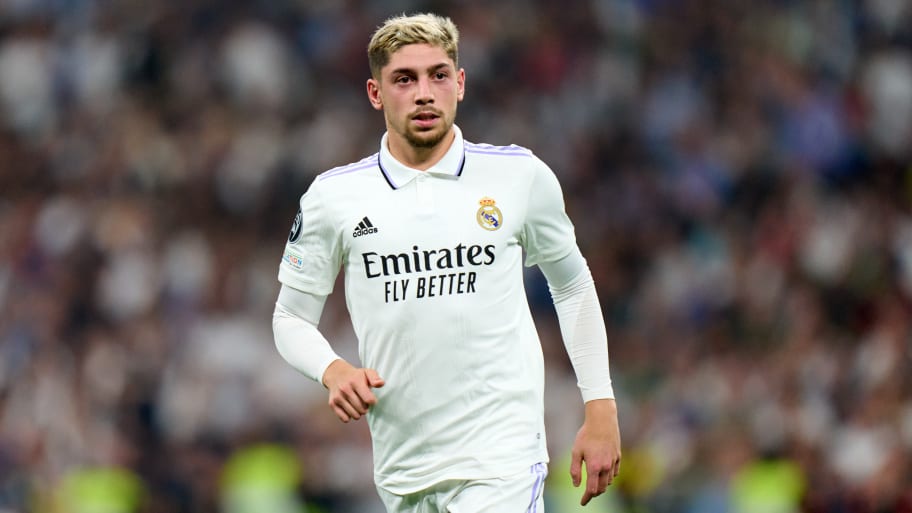 Real Madrid and Uruguay midfielder Federico Valverde has expressed his delight after comparisons to Steven Gerrard.

His international teammate Luis Suarez, who played with Gerrard for three and a half seasons at Liverpool, claims he spotted similarities between the pair as far back as 2017.

"There are newspaper archives, back in 2017, when Fede made his debut in the national team. I already said he reminded me of Steven Gerrard," the 35-year-old now playing for Nacional in his native country said.

Valverde, who made 46 appearances last season as Real Madrid won both La Liga and the Champions League, has impressed with his all-action displays in the centre or on the right of Carlo Ancelotti's midfield.

The 24-year-old told Infobae: 'It's spectacular when you are compared to such a player, to a star. A world idol, not just a Liverpool one. It's amazing."

"I see characteristics of him, obviously, I'm not going to say no, but one always looks out for oneself," he added.

Jurgen Klopp was rumoured to be keen on launching a bid to sign Valverde during the summer, with some reports even suggesting a formal offer was made, although sources from both clubs played down any talk of a bid when contacted by 90min.

The speculation hasn't seemed to affect the Uruguayan's performances, either, as he has scored four times in 11 appearances already this season after only one goal during the previous campaign.

Addressing the rumours, Valverde stated: "I also want to leave my name and my mark in the world of football, not just at Madrid but in the national team."

With a Champions League medal already under his belt (or should I say around his neck), he certainly hasn't made a bad start to emulating Gerrard. Liverpool fans would probably just prefer he did so wearing red.

This article was originally published on 90min as Federico Valverde amazed by comparisons to 'world idol' Steven Gerrard.