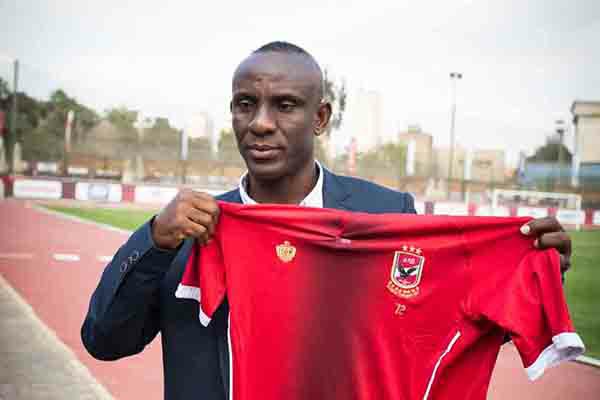 Ex-Ghana striker Felix Aboagye has lamented that his disloyalty to Al Ahly SC cost him a legendary status at the African giants.

Aboagye joined the Egyptian powerhouse in 1993 after leaving Dawu Youngsters and had a successful spell until 1998.

The 44-year-old bagged over 40 goals in over 100 appearances as he helped the Red Devils to clinch premier league title for five seasons on the trot.

Al Ahly fans rated Aboagye as one of the best foreign players to play for Africa’s greatest football club.

Aboagye blames himself for failing to do proper checks before aggreeing to sign for the White Knights.

"I didn’t do proper research, I should have done my checks and rejected that offer from Zamalek," he told Asempa FM.

Aboagye claims his move to Zamalek got Al Ahly fans angry and thus affected his relationship with the club.

The former Black Stars striker also revealed he has missed out on the opportunity to serve in an ambassadorial role or in any other capacity for Al Ahly.

"Because of that (move to Zamalek), most Al Ahly fans are angry at me, because they feel that switch, dealt my club legendary status a big blow."

"They had wanted to set up a youth development center here in Ghana for me, but the Ahly hardcore fans opposed it and it was eventually scrapped."

"So till date, that (move to Zamalek) has really affected me. Though they rate me as one the best foreign players ever to have played for Al Ahly, if not because of that,  I would still have been benefitting from the club."