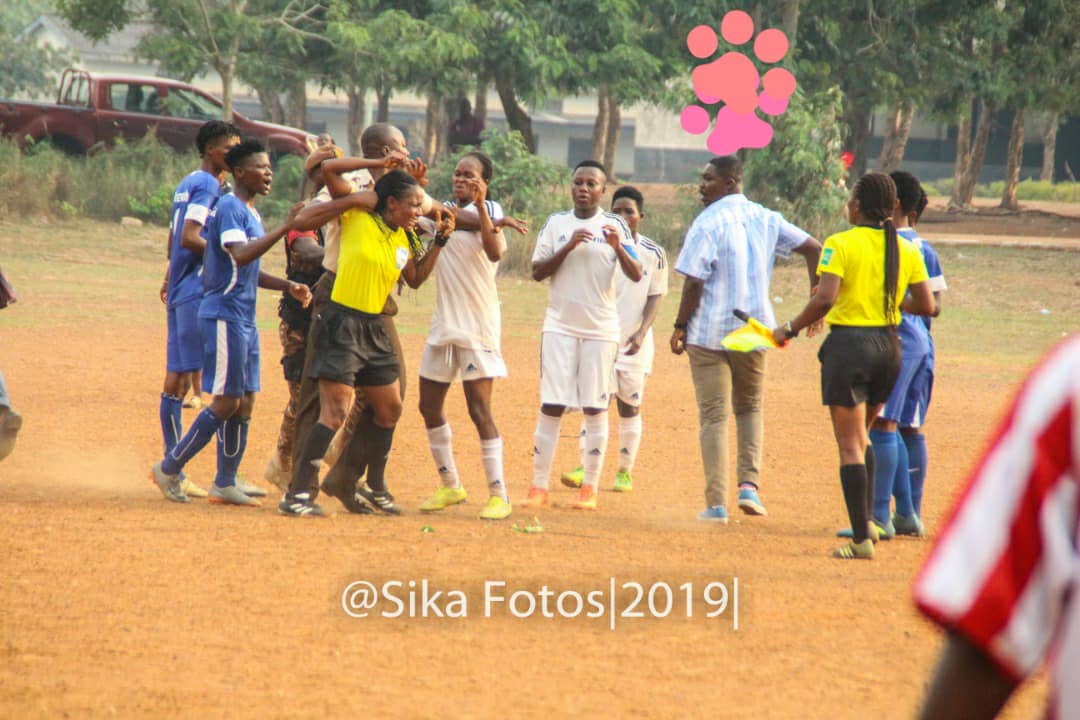 The Prisons Officer who beat up referee Theresa Bremansu is to face trial in Sunyani.

According to reports, the Attorney's General department has given the all clear to the Sunyani Divisional Crime Unit to start the process against Sergeant Barfour Awuah.

Barfour Awuah led a group to charge of Bremansu after the final whistle of the Prisons Ladies-Ampem Darkoa semi-final clash in the Special Competition.

The hooligans claim the FIFA referee handed their team a raw deal and took revenge.

Kyfilla.com reports that Barfour Awuah has signed a bond of good for his uncouth behaviour but will face prosecution.