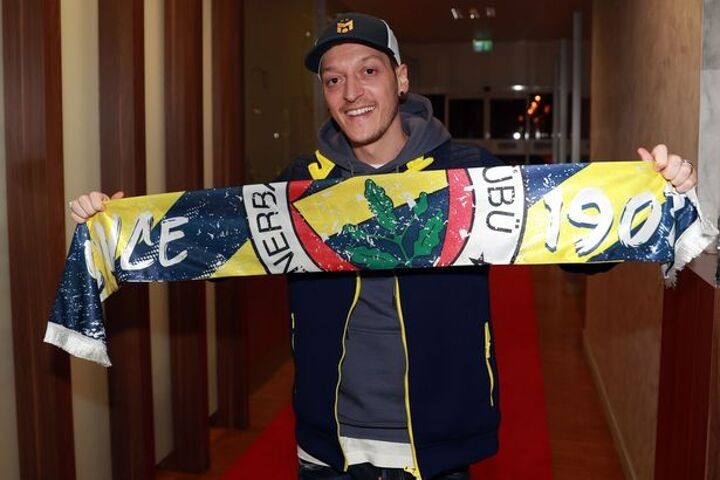 Fenerbahce have called on their supporters to help fund Mesut Ozil's transfer from Arsenal due to the club being over £460million in debt.

Ozil is due to complete his free transfer to the Turkish club imminently, where he will reportedly earn the handsome sum of £13m over the duration of his contract.

But given their perilous financial situation, Fenerbahce are now seeking to raise extra cash to help pay for Ozil's move.

Club president Ali Koc has now set up a text messaging scheme, named the 'Mesutol campaign', through which fans can donate.

"We have a request for our fans," Koc said. "Please continue to support us, we are also dependent on your financial support.

"On the day of the signature, I will ask you to break a record. With an SMS campaign.

Each text sent will cost less than £2, and must be sent to the telephone number 1907 - the year Fenerbahce were formed.

Fenerbahce made a similar request last summer to help the club through the coronavirus pandemic.

A combination of a high wage bill and missing out on Champions League football two seasons in a row has contributed to their mounting debt.

Ozil has still had to take a drastic cut in wages to complete his switch, though is still set to be one of the top earners.

His transfer to the Super Lig club has already been well received, with more than 300,000 fans following his flight path from London to Turkey to finalise the details of his contract.

The midfielder carries a huge social media following, and Koc is hopeful some of the costs of the move will be offset by a rise in shirt sales bearing Ozil's name.