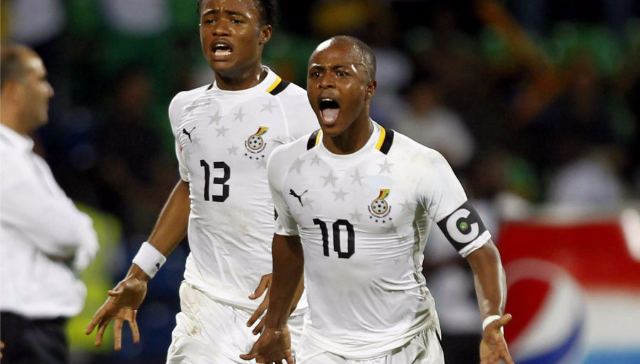 Andre Ayew will wear the captain's armband when Ghana takes on Kenya in the final AFCON 2019 qualifier in Accra on March 27th.

The Fenerbache star will lead the team after coach Kwesi Appiah named his squad without captain Asamoah Gyan.

Gyan returned to action for Turkish side Kayserispor on Sunday, where he played 25 minutes of football after making an injury return.

The 33-year old was making his second appearance in the Turkish super lig when he came on for Atila Turan in their 3-0 defeat to Caykur Rizespor.

Meanwhile, Andre Ayew is having a fine season with Fenerbache since joining on loan from English championship side Swansea City last summer.

The Black Stars are poised for revenge over Kenya after suffering a narrow defeat to the Eastern Africans last September.

A place at the top of the group is also at stake and a win for Ghana will see them finish leaders.