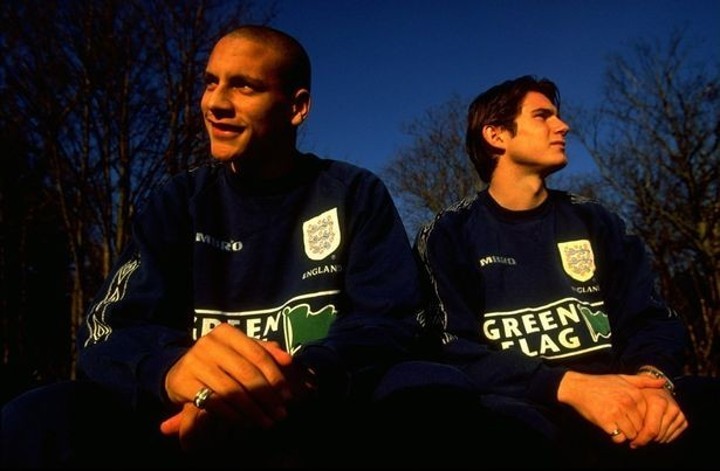 Rio Ferdinand admits when he and Frank Lampard went their separate ways it had a huge affect on their friendship.

The pair came up through the ranks at West Ham but Lampard left for Chelsea and Ferdinand ended up at Manchester United via Leeds.

The Red Devils and the Blues were battling for titles for years which Ferdinand admits meant he kept his distance.

Both of them were also regulars in an England squad that included Steven Gerrard and Ashley Cole.

But the tension that existed between players from the top clubs was an undermining factor at international level concedes Ferdinand.

He said on Instagram : "It was bad for England because we were such rivals and the main players in the squad were all at them clubs like Manchester United, Liverpool – you had Stevie and Carra – and then Chelsea had like Frank, JT, Ashley Cole, Joe Cole.

"So them three were the best three clubs in the land at the time, along with Arsenal probably and we were all in the England team together.

"So we’d be rivals at the weekend and we’d come in and there’d still be a little bit of tension – underlying tension.

"We’d all have a laugh, but deep down… I don’t know. I’d never shared enough stuff with Stevie. And we laugh about it now, me and Stevie and Frank have worked together on BT Sport, loads of times, and we laugh about it over a beer like, 'How were we like that?'

"But it was just so intense our rivalry, it was just weird man. You have to remember Frank Lampard was one of my best mates, my best mate in football when we were growing up, talked to him and see him every day, roomed with him for like four or five years.

"And I went from being like that close to not chatting to him on the phone, not seeing him, because I was desperate to win for United and I hated the thought of him winning for Chelsea."