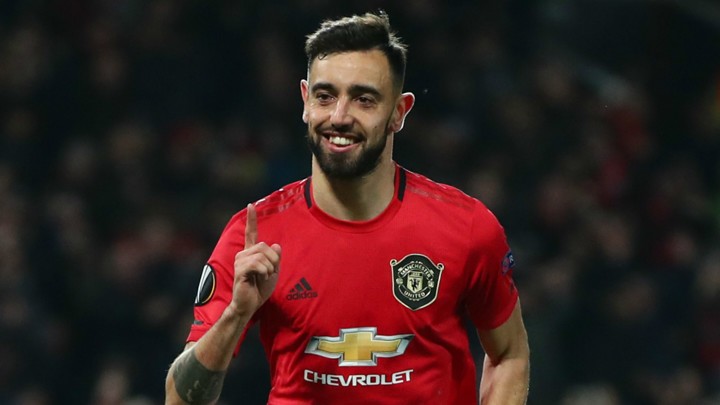 Manchester United star Bruno Fernandes has revealed he started crying when he was told about the chance to move to Old Trafford.

The Portugal international officially joined the Red Devils from Sporting in January after repeatedly being linked with a transfer over the past year.

Having grown up watching Cristiano Ronaldo make his name in the Premier League with United, Fernandes admits he was overwhelmed upon hearing his dream of doing the same was coming true.

"You know, I will say the truth that I was scared," Fernandes said in an Instagram Live interview with Mario Djurovski. "It was a dream [come true] but it was a big dream.

"For me, playing in England and for Manchester [United] was the highest part of my career. To play in the Premier League, for one of the best teams in the world.

"When I received the call saying: ‘Bruno, you have the chance of moving to Manchester’ I called my wife, my brother, my sister, my mother and just started crying.

"But I was crying through happiness. I fought all my life for this, for this top club. The chance was here and I needed to take it with both hands, to follow my dream.

"My family knew since the beginning that I wanted to be a footballer, they knew my big dream was to be in the Premier League and to play for Manchester."

Fernandes was enjoying a dream start to life at Old Trafford prior to the coronavirus pandemic as he scored three goals and contributed four assists across his first nine appearances for Ole Gunnar Solskjaer's side.

With the Premier League poised to resume on June 17, Fernandes will likely be joined on the pitch for the first time by Paul Pogba, who has missed much of the season through injury. That prospect has Fernandes excited, with the Portuguese attacker full of praise for Pogba's ability.

"Yes of course, I think Paul is one of the best players in Manchester and in the world," Fernandes said.

"He was injured for a lot of time. The opportunity to play side to side with him is fantastic because you want to play with the best players you can."