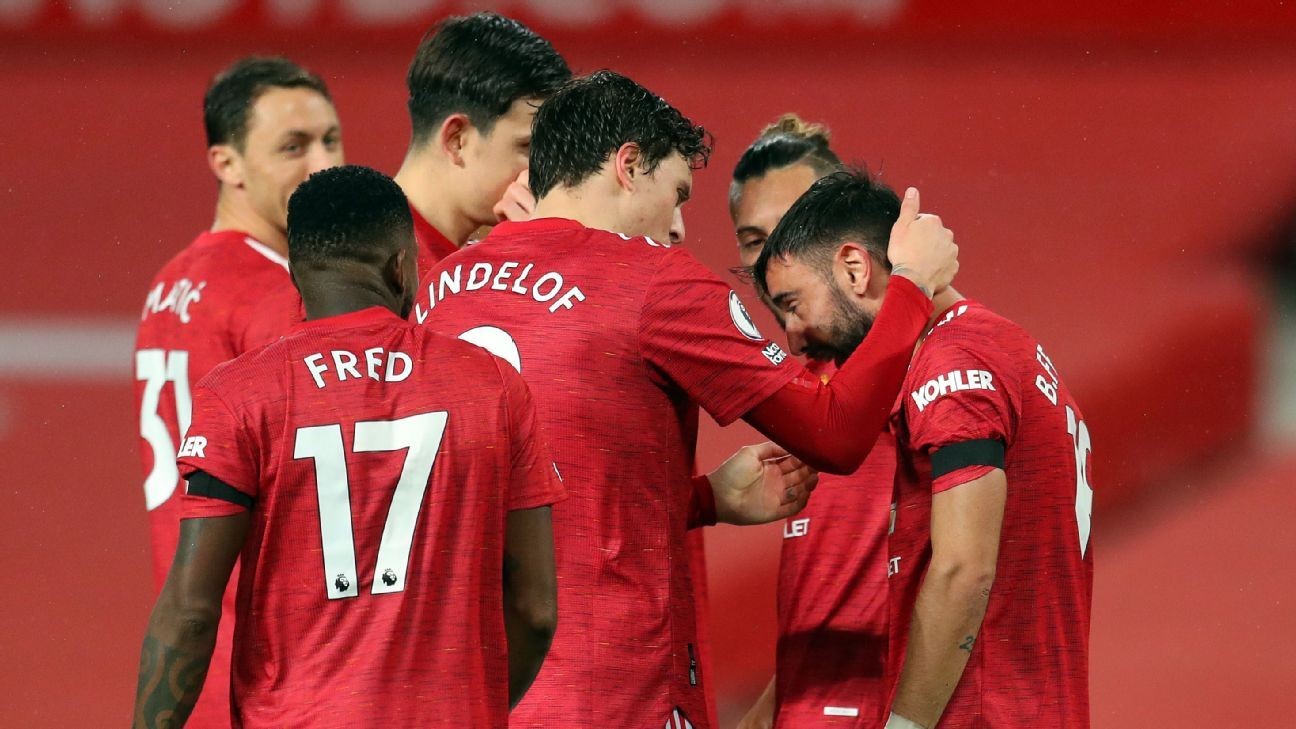 A twice-taken penalty from Bruno Fernandes gave an unimpressive Manchester United a 1-0 win over West Bromwich Albion on Saturday, their first home victory of the Premier League season.

Fernandes's first effort was saved by West Brom keeper Sam Johnstone but referee David Coote ordered the kick be re-taken after ruling the keeper had come off his line. The Portuguese midfielder made no mistake with the second attempt.

Winless West Brom's frustration was doubled by the fact that the penalty, awarded for a handball by Darnell Furlong, came eight minutes after they had a penalty award overturned after review.

Coote pointed to the spot after he ruled Fernandes made shin-to-shin contact with Conor Gallagher in the box but the referee reversed his decision after being sent to the pitchside monitor.

Substitute Callum Robinson went close to an equaliser for West Brom in the 65th minute with a superb curling shot that struck the bar.

United, who had struggled to break down Slaven Bilic's side until their goal, had chances to extend their lead but the outstanding Johnstone produced a series of good saves.