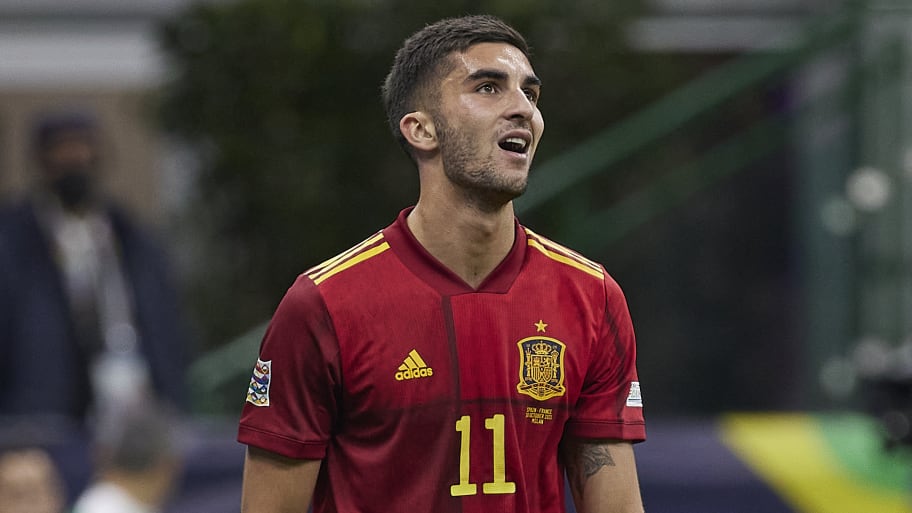 Manchester City forward Ferran Torres has been sidelined by a foot injury picked up on international duty.

The 21-year-old actually was actually hurt in the Nations League semi-final against Italy, in which he bagged two first-half goals but was forced off shortly after the interval because of the problem.

Torres soldiered on and started the final, playing 84 minutes of the defeat against France, after which he continued to complain of pain.

As first revealed by Marca and later confirmed by Simon Bajkowski, scans on the injured area revealed a small foot fracture, and Torres is now set for a lengthy spell on the sidelines while he recovers.

He is expected to miss a minimum of six weeks but could well find himself missing more if his rehabilitation does not go according to plan.

The news comes as an immense blow for City, who are already prepared to be without Gabriel Jesus for this weekend's meeting with Burnley. The 24-year-old is away with the Brazil national team, who are set to take on Uruguay around 36 hours before the Premier League gets back underway.

For Torres, six weeks out would see him return towards the end of November, with the visit of West Ham on Sunday 28 a potential target.

Before that, City are set to take on Brighton, Crystal Palace, Manchester United and Everton in the Premier League, while Torres will also miss two Champions League clashes with Club Brugge and may be sidelined for the Paris Saint-Germain game on 24 November.

The forward will also be absent for the next international break, with Spain facing Greece and Sweden in mid-November.

Torres has had spent plenty of minutes as a central striker for City this season, meaning Pep Guardiola may have to continue to get creative in his side's search for someone to lead the line.

Phil Foden, Jack Grealish and Kevin De Bruyne have all operated as unorthodox false nines in recent weeks, and with Torres out for so long, expect that trend to continue.

This article was originally published on 90min as Ferran Torres facing 6 weeks out with foot injury.