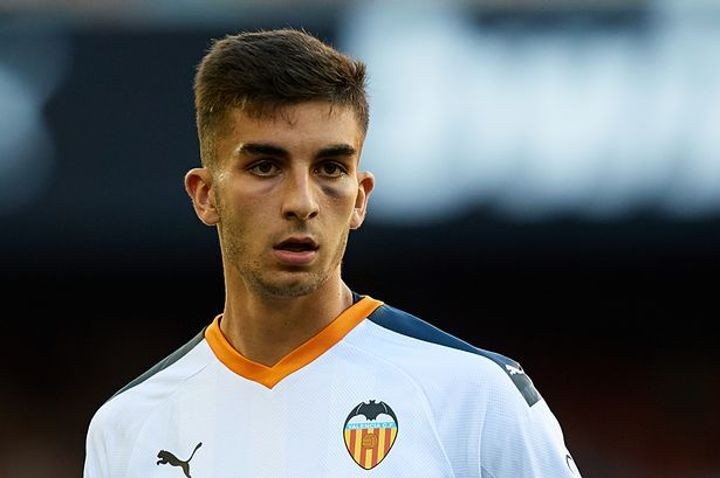 Ferran Torres would make the perfect signing for Liverpool - and would be a cheaper alternative to Jadon Sancho.

That's the view of one La Liga expert as Liverpool look to strengthen in a bid to stay at the top of world football this summer.

Liverpool are widely regarded as the best team in the world right now as they head towards the Premier League title having been crowned world and Europan champions in the last 10 months.

But while their forward line of Sadio Mane, Mohamed Salah and Roberto Firmino is one of the world's finest, there is a recognition that the Reds need to add competition and back-up if they are to stay on top of world football.

And while some of Europe's top clubs are expected to battle it out to land £100m-rated Borussia Dortmund winger Sancho this summer, Valencia wideman Torres could prove just as exciting a signing.

And the 20-year-old would fit Liverpool's style perfectly, according to Spanish football analyst Domagoj Kostanjšak - who says "I don't think there is a team out there who wouldn't want him".

"Torres is one of the brightest players in La Liga - and even in Europe as well," Kostanjšak told the Liverpool Echo's Blood Red podcast.

"He's a highly technical winger with pace and he dribbles well. He likes to run and he beats his marker easily most of the time.

"He's good with both feet and that makes him deadly: he can go inside and shoot or outside and put crosses into the box.

"He's pretty much the whole package except for his finishing, which still needs a bit of work.

"But he's really young, so I would say the sky is the limit."

Kostanjšak says Torres would be the ideal alternative to Sancho, but has warned that he will want assurances about game time despite his young age.

"I would say he is like Sancho or even like Vinicius Junior at Real Madrid," said Kostanjšak.

"[His next move] depends on the playing time he would get at those clubs.

" Jurgen Klopp loves prolific wingers and Torres is one of those.

"He's fast, he's good on the ball, and I don't think there is a team out there who wouldn't want him if they could get him.

"I would say that he is way ahead of his age, though, both mentally and sheer ability-wise.

"His decision making is on point and he has already played on the biggest stages regularly, so he is ready for a step up, but he needs game time.

"Rotting on the bench is going to do him no good."

Torres is believed to have a release clause of €100million (£87m) written into his contract, but it has been reported that Valencia could accept closer to half that figure due to the player having rejected a new contract.

He will enter the final year of hi contract this summer, and there will be plenty of competition for him with Manchester United, Juventus, Barcelona and Real Madrid, to name just four clubs all believed to be interested.

Kostanjšak said: "If Torres doesn't sign a new contract and he is adamant about leaving, I think that €60 million would be about right, but €100 million, that's a bit much even for a gem like him.

"It will be really difficult for Valencia to keep him, but to me, at this moment, it seems like a matter of time - he will become too big for the club."

Torres has scored four and recorded four assists in 25 La Liga games this season, while he has also netted two and assisted two in six Champions League games.