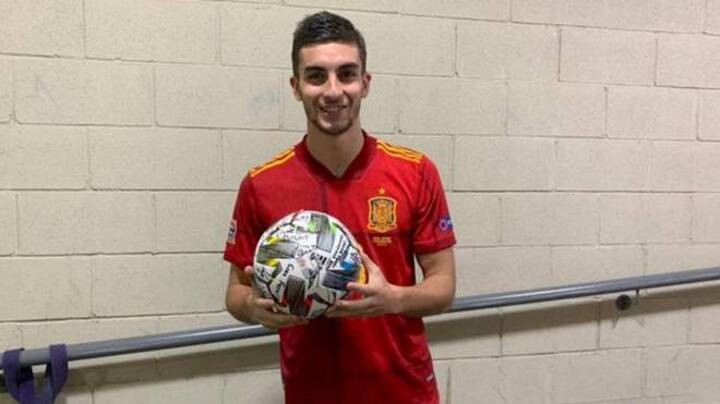 Ferran Torres was in exceptional form on Tuesday night as he scored a hat-trick in Spain's 6-0 win over Germany, with the Manchester City forward recognising afterwards that La Roja looked to suffocate Joachim Low's side.The 20-year-old scored Spain's second, fourth and fifth goals as they pulled away from the 2014 world champions.

"We took the initiative from the first minute, we took them out of the game and we are very happy with the performance," Ferran said in his post-match interview.When asked about scoring a hat-trick, Ferran was understandably delighted."Every player dreams of scoring hat-tricks and being able to do so against a national team like Germany makes me very happy," he noted.

Ferran has become a vital player for Manchester City in his first few months since moving from Valencia, and things seem to be going very well with the Spanish national team, too."I am very happy with the way things are going," he added. "I hope it continues for a long time."