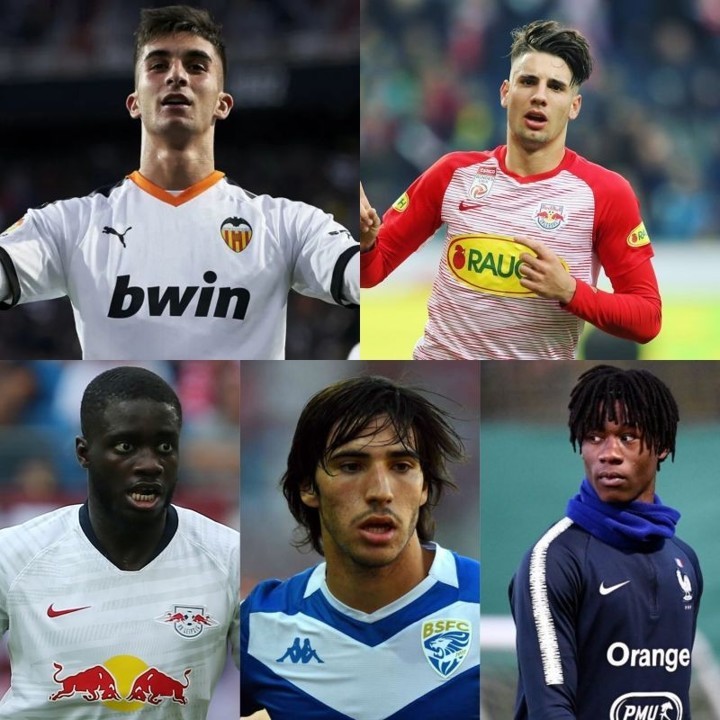 Let's take a look at the five U-21 players who could complete big-money moves to some of Europe's best teams this summer.

The 2019-20 season was just picking up the pace when the coronavirus pandemic slammed shut all footballing activity. Although there's a veil of mystery surrounding the suspended campaign, some exceptional young players have already seized their opportunities to amaze the football world.

Having said that, Let's take a look at five prodigious talents who could take the next step in their careers once the transfer window reopens this summer. They may have entered the 2019-20 campaign as relative unknowns but have certainly managed to set Europe alight throughout the season.

Dayot Upamecano burst onto the European stage with RB Leipzig at the age of 17 and went on to become one of the most sought-after young defenders in the continent. He has established himself as a permanent figure in the Die Roten Bullen starting line-up, collecting 104 appearances for the German outfit already.

After enduring an injury-hit start to the 2019-20 season, the 21-year-old centre-back has quickly regained his place in Julian Nagelsmann's starting XI, making 21 consecutive Bundesliga starts, without missing a single minute of top-flight action in that period.

His strong physical presence, accompanied by great anticipation and tactical intelligence, makes the Frenchman a perfect modern defender. With plenty of room for improvement and immense potential resale value, Upamecano has become one of Leipzig's most valued and prized assets, along with the likes of Timo Werner and Marcel Sabitzer.

Young defenders of Upamecano's qualities are in short supply nowadays, which is why he will, in all likelihood, command a hefty price tag. Arsenal and Tottenham Hotspur are understood to be big admirers of the defender's abilities and are ready to swoop in and steal him away in the summer.

It's been one hell of a breakthrough season for Eduardo Camavinga, who has introduced himself to world football as a combative box-to-box midfielder. Equally effective in attack as in defence, the 17-year-old Rennes prodigy has been rampaging through Ligue 1 this campaign, tearing apart the opposition's midfield lines almost at will.

Camavinga's tactical awareness and willingness to sacrifice himself for the team have enabled his other teammates to thrive. In fact, he has played a pivotal role in helping Les Rouge et Noir come back into contention for the Champions League berth for the first time in a while.

The French wonder-kid has been so phenomenal this season that half of Europe's big guns, including Barcelona, Real Madrid, Liverpool, and Bayern Munich, have come knocking on Rennes' doors to ask about his availability. Held in the very highest regard by his boyhood club, Camavinga won't be allowed to go cheap, with Rennes slapping a £45million price tag on his head.

Sandro Tonali has come under the spotlight during Brescia's time in Serie A, inviting interest from a host of Europe's major clubs towards his burgeoning talent.

The majority of Brescia's good work this season came as a product of the young regista's capability of orchestrating the play and distributing the ball with impressive accuracy.

Extremely disciplined positioning and frequently impeccable tackles allow Tonali to break up the opposition's attacks and provide additional cover to his backline. With everything said, the 19-year-old represents a perfect combo of Pirlo's vision and passing ability and Gennaro Gattuso's 'pit bull' mentality.

Juventus, Inter Milan, Bayern Munich, Paris Saint-Germain, Liverpool, and Manchester United are just some of the clubs that have set their sights on Tonali. Meanwhile, Brescia won't have the power to keep their rising star at the Stadio Mario Rigamonti beyond the summer as they are seemingly set to head back to the Italian second tier.

RB Salzburg have been a factory of talent over the past few years and Dominik Szoboszlai could be the next big thing in European football that came through their youth academy. Due to his versatility, the Hungarian starlet can cover multiple positions in the midfield but is also comfortable playing on the wings.

The 19-year-old has been particularly impressive in the Champions League this season, averaging an 82.8% pass-accuracy rate per game and producing 2.4 shots, according to WhoScored.

However, the in-demand youngster has refused to stop there, carrying his blistering form over to the Europa League.

Although Salzburg bowed out of the competition in the round of 32 to Eintracht Frankfurt, Szoboszlai's impact in the two-legged showdown was telling. He racked up an assist and managed an average of 2.5 key passes and two successful dribbles per game.

His extraordinary abilities have caught the attention of Arsenal, with AC Milan, Inter, and Lazio recently joining the race for his signature.

Die Mozartstädter have gained a reputation for developing raw talents and turning them into full-grown players before selling them for high prices. Szoboszlai could be their next expensive merchandise.

Ferran Torres learned his trade with Valencia and has made a name for himself at the Estadio de Mestalla, establishing himself as one of the hottest properties in La Liga. While enjoying a rise to stardom, the super-talented Spanish forward has drawn attention from almost every respectable team in Europe's top five leagues.

Torres can change the pace of the game in the blink of an eye with fancy flicks and tricky step-overs. His jaw-dropping skills and admirable work ethic for a player of his age indicate he could be the next standout star wherever he goes.

The 20-year-old is an absolute top-notch talent, capable of performing on both wings equally well. An out-and-out winger, he is a perfect fit for clubs like Real Madrid, Barcelona, and Manchester United, who encourage their players to run in behind and try to exploit available spaces behind the enemy lines.

In addition to the abovementioned clubs, Juventus and Liverpool have also shown their interest in the Spaniard's potential. Torres could indeed find himself at the centre of the transfer tug-of-war this summer, with Valencia aiming at around €100million to give the green light to the transfer.