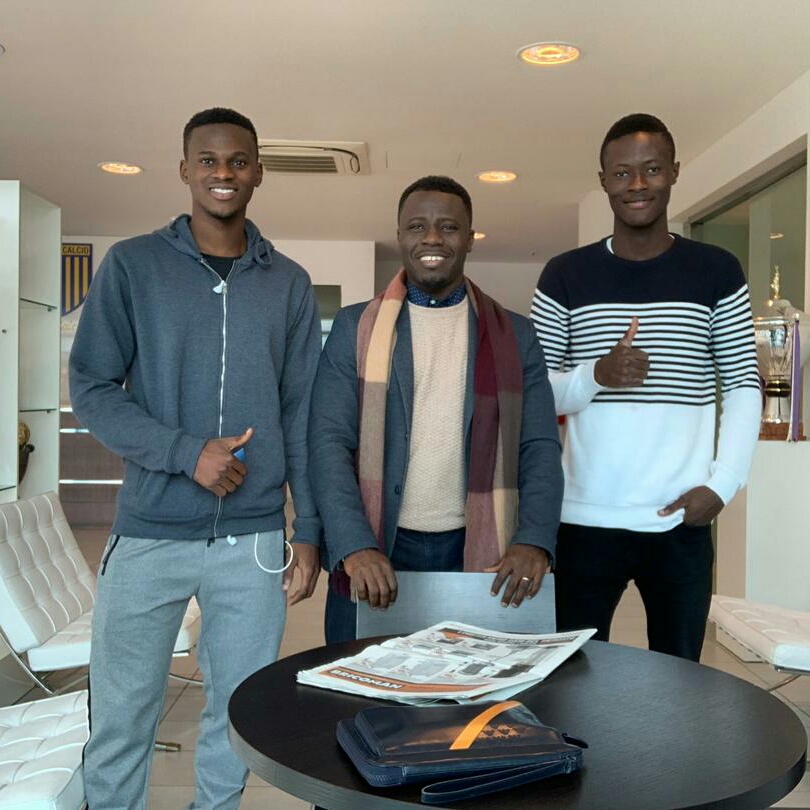 Ghanaian FIFA intermediary Oliver Arthur was at Parma during the week to observe the development of his two young prodigies Carl Davordzie and Ahmed Awuah.

The duo play for Parma in the Primavera.

Davordzie, a striker, is currently recuperating from an injury he suffered prior to the commencement of the season.

Awuah has established himself as a vital component of Parma's U19 side.

The 17 year-old  attacking midfielder from Drobo in the Brong Ahafo region has scored two goals and provided two assists in seven matches.

Awuah is equally praised for his defensive diligence in tackles and ability to retrieve  balls from opponents.

Arthur also took the opportunity to spend quality time with his burgeoning talents,  offering them words of encouragement to strengthen and enrich the enjoyable bond that exist between him and his clients.