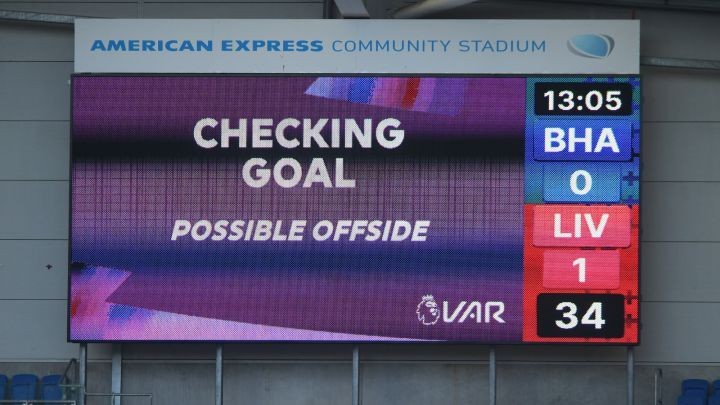 "it was introduced two years ago, not 200 years ago," said the head of the global soccer body Gianni Infantino, who explains that they are looking to improve it.

FIFA wants to improve the offside rule, currently the source of frequent controversy, but it is difficult to find a consensus among the experts discussing the matter, the head of the global soccer body Gianni Infantino said on Friday.

Getting football back onside

The introduction of VAR technology has allowed officials to identify offsides which would be imperceptible to the naked eye. But many feel that, although technically correct, marginal offsides are not in the spirit of the game, especially when it takes several minutes to reach a decision.

'The offside rule has evolved over the last 100 years and we are now discussing it again,' Infantino told a news conference. 'We are looking to see if we can make the offside rule better, not because of VAR but because we want to foster offensive football.

'So, the question is, should we give more advantage to the attacking player, which is how offside has evolved over the years, and would it help if there were no more marginal offsides,' he added.

'These are the discussions which are currently taking place.' The issue is being discussed by soccer's rule-making body IFAB, where FIFA has half of the eight votes, and Infantino said it was not easy to find common ground among its experts, which include former players and referees.

'You usually have split views and opinions,' he said. Infantino also made his customary defence of VAR which he made one of his priorities after being elected in 2016 and which was introduced in time for the 2018 World Cup.

'VAR is helping football, it's certainly not damaging football, I think also we have to remember it was introduced two years ago, not 200 years ago,' he said. He added that some mistakes were made because many referees still lacked experience with the technology.

'A lot of these referees didn't grow up with VAR,' Infantino concluded.