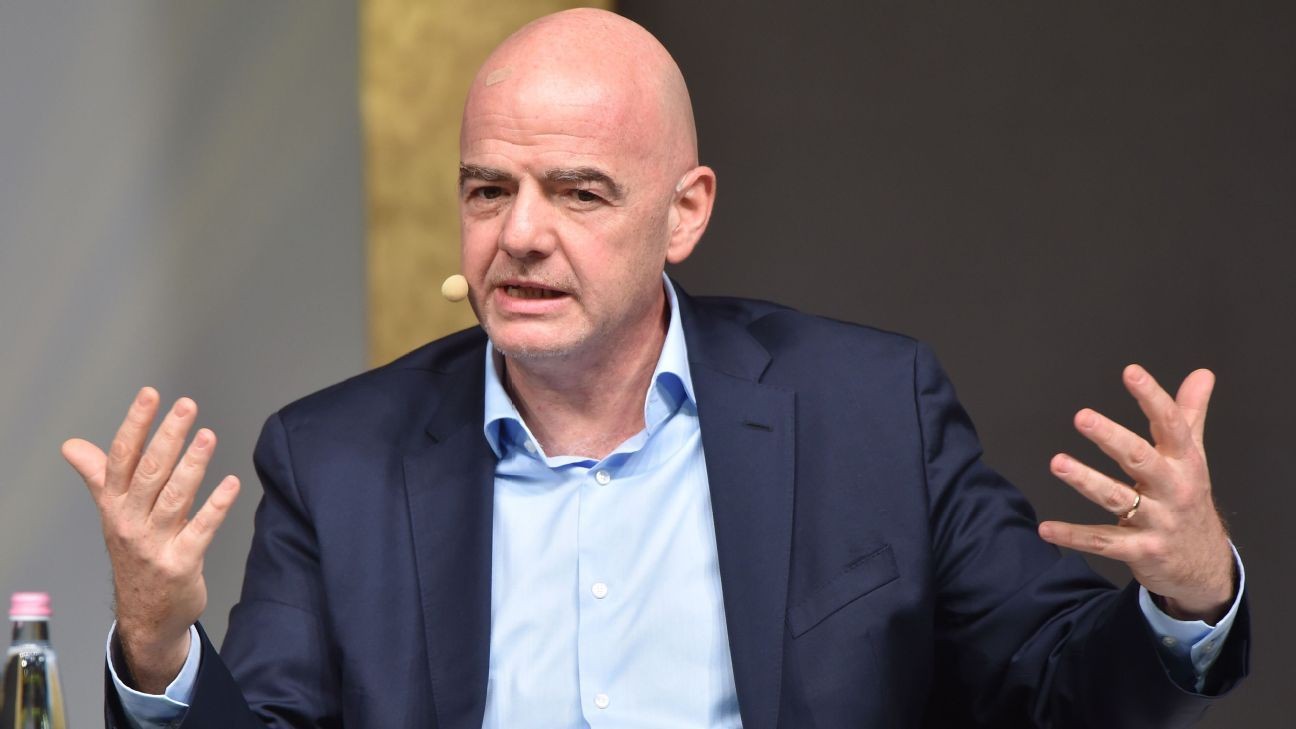 FIFA boss Gianni Infantino will be investigated after criminal complaints were made against him. Photo by ATTILA KISBENEDEK/AFP via Getty Images

Last month, Lauber became the first national official since modern Switzerland's founding in 1848 to undergo an impeachment process relating to his handling of the football inquiry.

The watchdog overseeing Swiss federal prosecutors -- Lauber's office -- placed him under investigation last year after he held three closed-door meetings with Infantino regarding the status of the corruption inquiry.

On Friday, the watchdog announced that lawmakers conducting the impeachment process had also asked it to review Infantino's conduct in the investigation after three criminal complaints were filed against both men and other unnamed persons with prosecutors in the capital Bern.

As a result, Stefan Keller, a presiding judge at one of Switzerland's cantonal courts, had been appointed as "extraordinary prosecutor" on June 29 to review the complaints and determine whether criminal charges should be brought against Lauber.

A fourth criminal complaint had since been filed, the watchdog said in a statement. No details of the complaints have been released.

FIFA did not immediately respond to a request for comment from Infantino. Lauber's office said it had taken note of the special prosecutor's appointment, declining further comment.

Lauber and Infantino previously both denied any wrongdoing.

A Swiss court last year ordered Lauber to recuse himself from world football investigations, ruling that his meetings with Infantino raised the appearance of bias. Other federal prosecutors are now running the investigations.