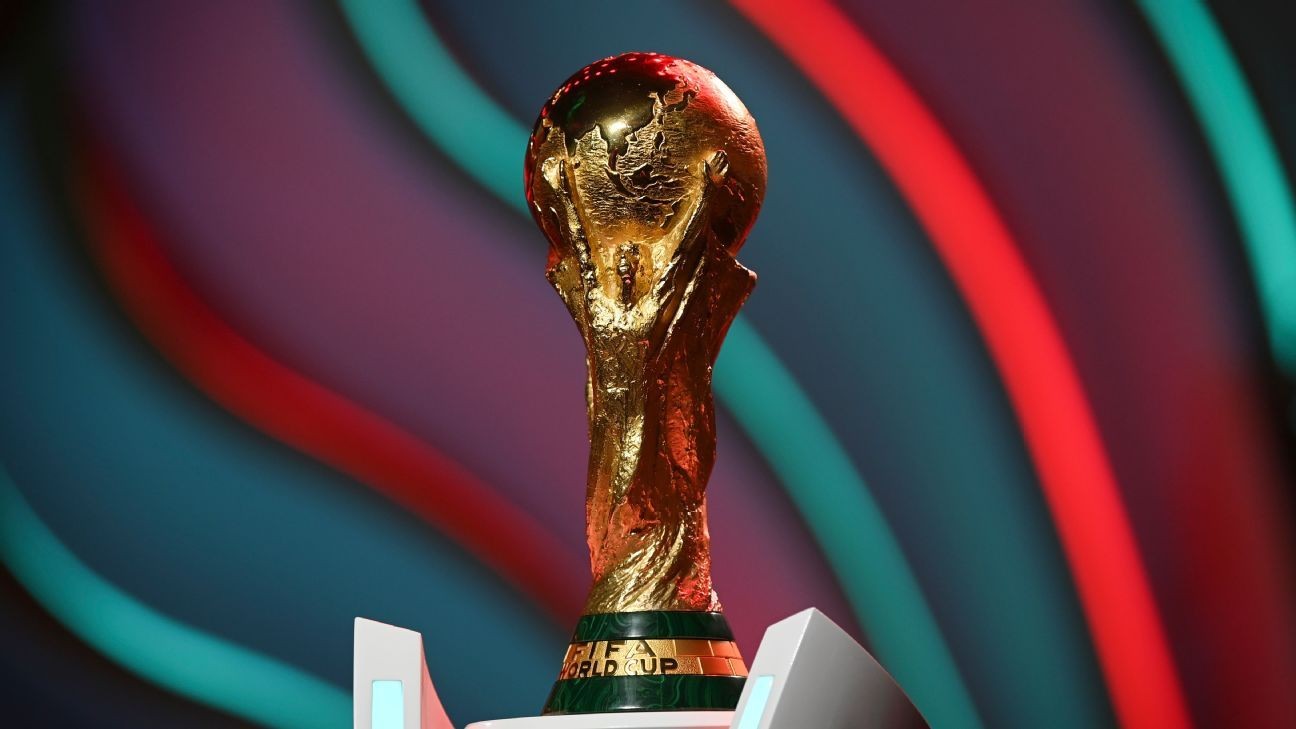 FIFA has approved bigger 26-man squads for the World Cup in Qatar, deciding Thursday to extend football's relaxation of rules that help coaches and players during the COVID-19 pandemic.

The move was expected from the FIFA Bureau -- comprising the presidents of FIFA and football's six confederations -- after 23-player rosters were expanded for recent continental championships.

There were 28-player squads also approved for the Copa America tournament in South America last year and at the African Cup of Nations in January.

The extra numbers help the coaches of the 32 teams cope with possible outbreaks of virus cases. It also means additional players are already following health protocols within the camp in Qatar rather than be brought from their home country.

The squad size change will send a total of 96 extra players to the World Cup being played from Nov. 21 to Dec. 18.

The 28-day tournament compares to 32 days four years ago in Russia.

Most of the extra players will likely come from European clubs whose domestic seasons must pause by Nov. 13 for the first World Cup held during the northern hemisphere winter.

Squads will be together for just one week before the tournament kicks off instead of the usual preparation time of about two weeks. FIFA has created a $209 million fund from its World Cup revenues to compensate clubs with a daily rate of about several thousand dollars for releasing players to national-team duty.

World Cup teams can also now use five substitutes in the regulation 90 minutes instead of three. What started as an interim rule in 2020 to ease player workloads in congested game schedules during the pandemic is now codified in the laws of the game.

The FIFA Bureau also set March 16 next year for a presidential election to be held in Kigali, Rwanda, during the annual congress of 211 member federations.

FIFA president Gianni Infantino is seeking a new four-year term to extend his leadership of football's world body to 11 years.

No potential opponent has yet emerged and the deadline to enter the contest is four months before the election.

That will fall in mid-November, days before the World Cup starts.