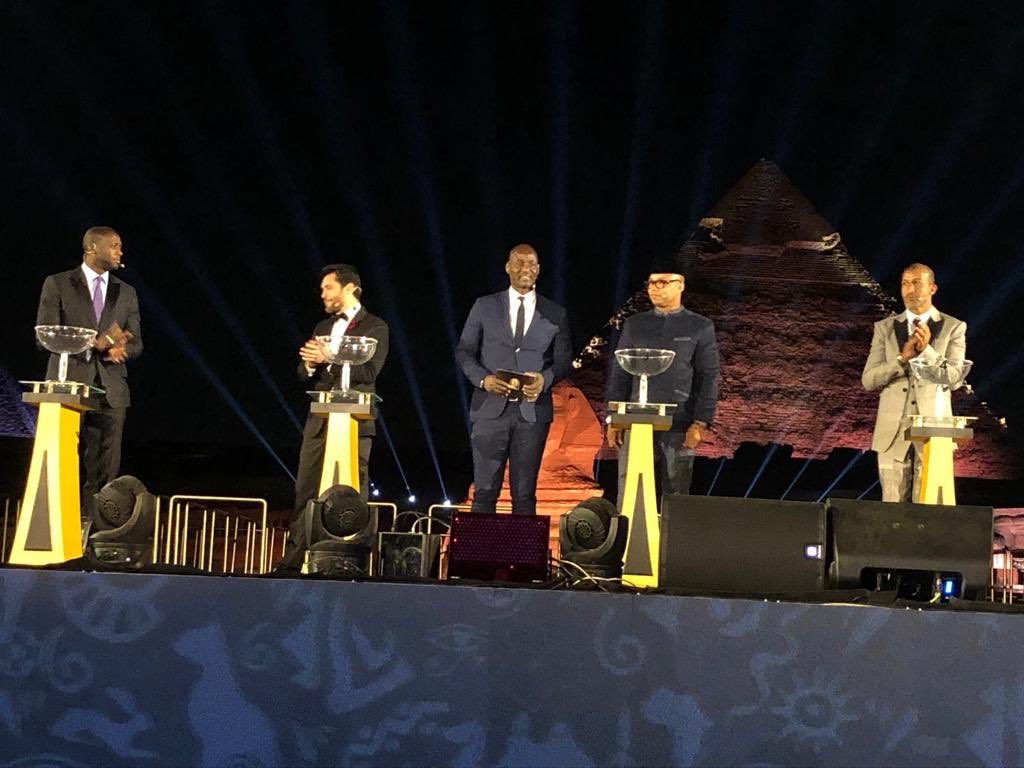 FIFA General Secretary Fatma Samoura has heaped praise on Ghana legend Anthony Baffoe for his excellent role during the 2019 Africa Cup of Nations draw in Egypt.

Baffoe was the lead conductor of the draw for Africa's flagship football competition which was held in the Egyptian capital five days ago.

The former Ghana international, who is the deputy General Secretary of CAF, led some African football legends to conduct the draw for the 24-team tournament to be held in June.

Baffoe was joined by Yaya Toure of Ivory Coast, Senegal's El-hadji Diouf, Mustapha Hadji of Morocco and Egyptian star Ahmed Hassan in conducting the draw which has been widely praised.

Now FIFA chief Samoura, who attended the draw, has taken to social media to praise the for Ghana star for the effective and effortless way the former defender conducted the draw.

The continent’s football governing body, the Confederation of African Football, CAF, conducted the draw for the 2019 African Cup of Nations, AFCON last week.

The event took place in front of the Great Pyramids in the Egyptian capital, Cairo. A number of African football legends were in town to grace the event.

It was a historic draw in its own right being the first time that twenty-four teams are going to compete and in a competition taking place mid-year, away from the traditional January – February.

The latest recognition of one of the most powerful people in the football world is a further endorsement on the managerial prowess of Baffoe who is highly respected in the global game.

Since retiring from playing the game Baffoe has moved to administration and has excelled in that area too supervising some of the top matches in the world including two World Cup finals.