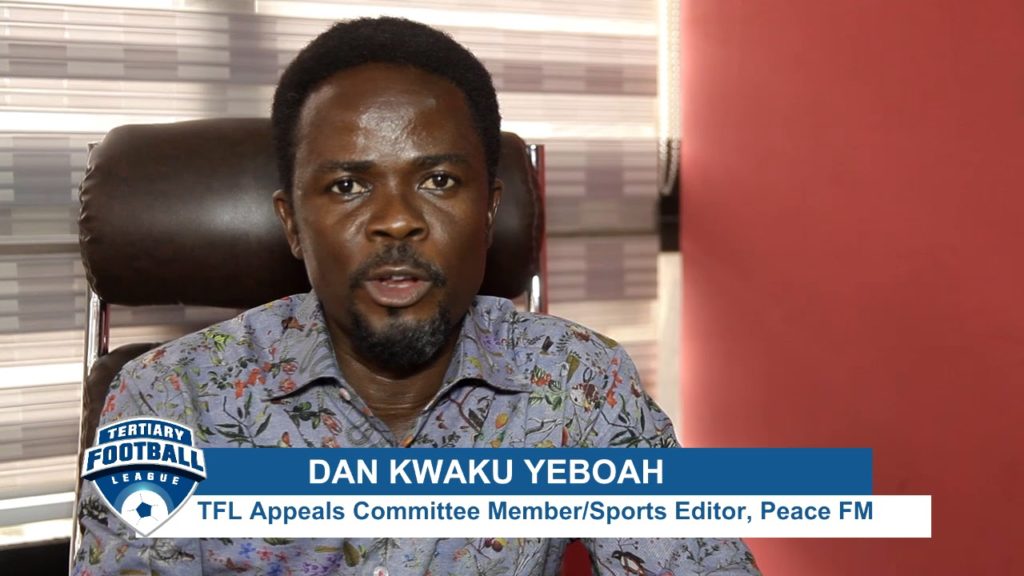 FIFA Liaison team spokesperson Dan Kweku Yeboah has sensationally accused GHALCA of failing to offer solutions to the crisis engulfing local football in Ghana in a damning assessment of the intelligence of the club's umbrella body.

In what appears a subtle attack on football clubs in the West African nation, the journalist insinuated that the Ghana League Clubs Association (GHALCA) showed a lack of perspicacity regarding their no-show in the soliciting of ideas to return the game to normalcy.

The claim is in sharp contrast to a communique to the various clubs inviting them to JUST offer ideas on how to continue with the various league competitions of the current season.

But the spokesperson for the Liaison team Dan Kweku Yeboah has accused the club's umbrella body of offering no suggestions in a bid to restore football.

"We received the official letter from GHALCA today after we met StarTimes, and in short the letter recommends that the 2017 league should be truncated," he told Kumasi-based Fox FM

"We wanted to know from GHALCA on what to do next but they left it blank."

Several clubs have been reluctant to submit proposals to the committee- citing their lack of locus in requesting for ideas from the same clubs who have been accused negatively in the local media.

Businessman Dr Kofi Amoah and Ghana FA technical director Francis Oti Akenteng were appointed by FIFA to mediate between them and Caf as they seek to ensure the continuous running of football in the country.

But the two men appear to have hit a brick wall after majority of clubs refused to cooperate with them for going beyond their mandate.

Many clubs are unwilling to submit proposals  - urging the two-man committee to focus on their core mandate of coordinating activities of the national teams.

Only 10 Ghanaian football clubs submitted proposals to the FIFA/CAF Liaison team in a damning assessment of the mandate of the two-man committee.

New Edubiase president Abdul Salam Yakubu has thrown shades at the FIFA Liaison team,  insisting his outfit has 'no ideas' to share with the two-man team who are asking for suggestions from clubs to restore football to normalcy.

Local giants Hearts of Oak and Asante Kotoko as well as Medeama, Karela and Techiman City and Ashantigold are few of the clubs that have submitted their proposal to the club's umbrella body, GHALCA for onward transfer to the Liaison team.