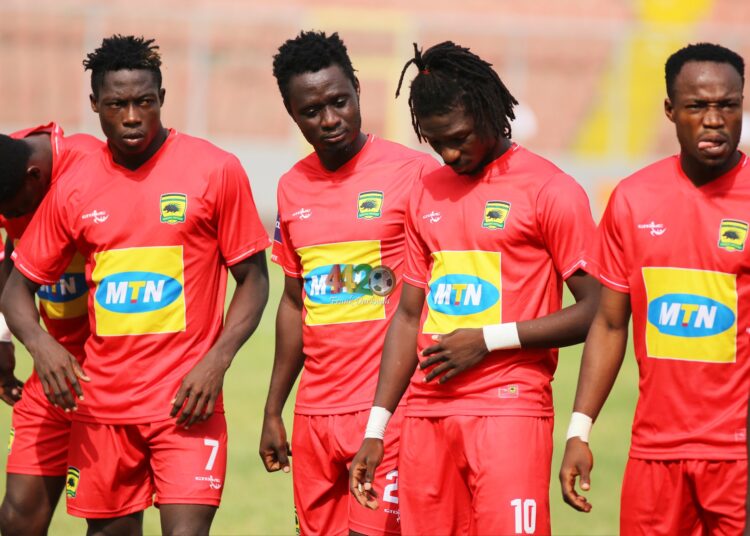 FIFA has ordered that Kumasi Asante Kotoko must be relegated from the Ghana Premier League by next month if the Porcupine Warriors fail to pay the full $180,00o to Tunisian giants Esperance.

The Porcupine Warriors have just just 18 days to settle the long standing debt or they will be playing in Ghana's second tier league and will still be required to pay the debt.

The Kumasi-based giants were ordered to pay Esperance by 6 April or the Ghana FA will be ordered by FIFA to relegate the two-time African champions to the Division One League.

The Porcupine Warriors have received the letter from the world governing body and the Ghana FA has also been informed of the impending sanction.

Esperance have already frozen $150,000 they have to pay Kotoko over the transfer of Kwame Bonsu which means the Ghanaian side must be pay $30,000 to clear the debt.

Kotoko now have just over two weeks to mobilize the whopping $30,000 to pay Esperance over the contentious transfer of former Berekum Chelsea striker Emmanuel Clottey.

"Kotoko have received a letter from FIFA which orders them to pay us $180,000 for the wrongful signing of Emmanuel Clottey," Esperance vice President Walid Arem told Nhyira FM

"We don't owe them but rather they owe us $30,000 and they have to settle us before the date stated in the letter from FIFA"

Kotoko sparked their own woes when they reported to the Tunisian club to FIFA claiming the transfer fee of their former midfielder Kwame Bonsu was still unpaid.

But Esperance hit back by responding to FIFA to remind them that Kotoko had still not paid the $180,000 which led to the letter from the world governing body to the Ghanaian side.

The current Kotoko management are struggling to find the documents for Clottey's transfer after he joined the club from Esperance five years ago under controversial circumstances.

FIFA ruled that Clottey signed for Kotoko while he was still under contract with Esperance which led to the $180,000 transfer amount sanction by FIFA.