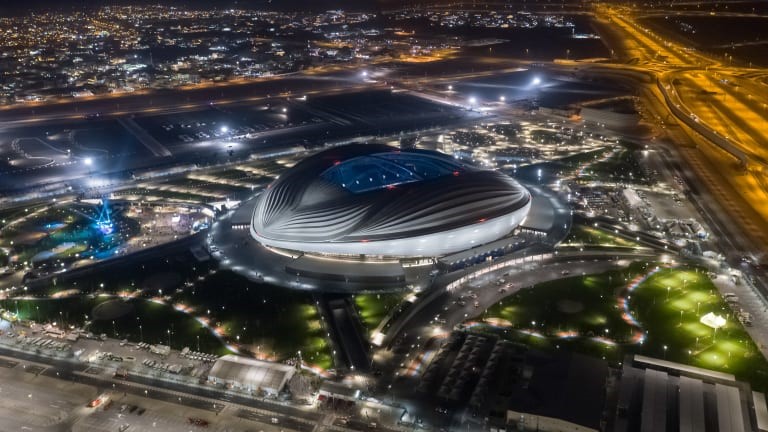 Migrant workers are putting together the World Cup stadium in Qatar and helping to build the infrastructure around the stadium. Their work has made headlines, as people around the world are concerned about their safety and working conditions.

The FIFA president Gianna Infantino has commented on the workers and what they are going through, as a response to questions asked directly to him about the workers. During a press conference held in Los Angeles at the Milken Institute, FIFA president Infantino said that the workers were taking pride in their efforts. They work hard, he said, and they can feel proud of what they have accomplished in building this stadium.

The Gulf nation of Qatar will be hosting the FIFA World Cup after the stadium and infrastructure have been finished. The event is scheduled for November 21st to December 18th, 2022. The process of building the stadium and surrounding structures has been fraught with difficulties and controversy.

Thousands of the workers in Qatar have died in the process, with numbers above 6,500 at the last count. There is concern that they are not being taken care of and that their families should be compensated for their loss. Journalists were asking the FIFA president if FIFA will make some kind of commitment to the families of the dead workers.

The president failed to respond to this request by any direct means. Instead, he mentioned that there would be better and improved rights for employees in Qatar and that a minimum wage would be instituted. He then compared the workers and their conditions in Qatar to that of America. He said that America is a nation of immigrants and that his parents immigrated to Switzerland from Italy. He said that there was a lot of hard work involved with the construction in Qatar, and that should not be forgotten.

He said that he was not providing charity for workers or their families but a sense of pride because of the hard work they were doing. He said that pride in one’s work cannot come from charity, and his words were, “You don't give something to somebody and say, 'OK, stay where you are. I feel good because I can give you something.'"

While the numbers of dead workers that have been shocking people are in the thousands, Infantino said that only three workers have died while working on the FIFA stadium. He said other workers on related projects not part of the FIFA organization have died in the area, but FIFA is not responsible for them. He said that FIFA is not counting any of the external projects, since it does not directly oversee them. “FIFA is not the police of the world or responsible for everything that happens around the world,” he said.

He did mention that FIFA has made a positive impact on working conditions in Qatar. FIFA’s involvement in the country has allowed a spotlight to be shone on how workers are treated there, especially for high profile, major projects like the stadium. Reforms have already been introduced on the country thanks to media reporting around the world on what is happening there.

Where FIFA goes, there is bound to a wealth of markets springing up around the activity. The World Cup is creating a market atmosphere in Qatar, and a lot of the excitement is spilling over into the online space as well. There are new FIFA-related สล็อตแตกง่าย2022 appearing online, though most of them are probably not officially licensed. These can generate huge returns during the World Cup, as can officially licensed merchandise and related products that appear both online and physically in the areas where ethe World Cup is taking place.

This is why the infrastructure around the stadium has been such a major undertaking. The Qatar government needs to provide accommodations for people who will be entering the country just to see the sporting event. They also provide marketplaces for vendors to sell wares of all kinds to the tourists from around the world. This is a huge money-making opportunity for the entire country, which is why so many workers are laboring so hard under strict time limits.