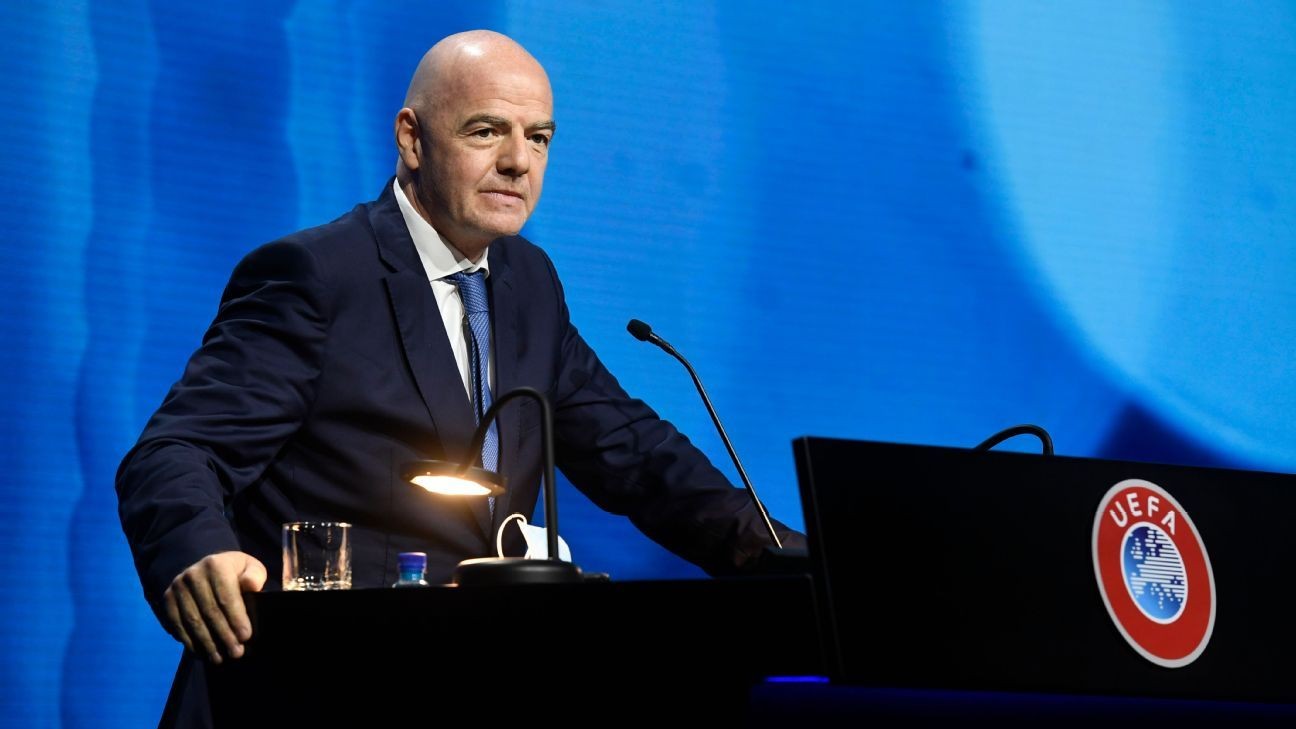 FIFA president Gianni Infantino has highlighted the advantages of having a World Cup every two years for men and women.

Infantino has revealed they are consulting internally about the plan and already xoslot is among several outfits offering odds the on global getting the approval from federations to take place.

The Swiss national who heads the world governing body insists there are many positives that would come from having the biggest football tournament staged more regularly.

"We are evaluating whether it is possible to organise a men's World Cup every two years, whether it would be positive in terms of football," Infantino said on Monday during an event in Argentina's capital Buenos Aires.

"There are proposals and now we are consulting internally. There are some in favour and others against."

The biennial World Cup project which Infantino is pushing for has received criticism from UEFA, CONMEBOL, the European Cup Association, which represents 234 top European teams and the Global Players' Union (FIFPRO).

"There is talk of a bid for a World Cup between five countries and if we talk about organising a World Cup every year [women and men], in 20 years' time, 100 countries will have organised World Cups."

Europe has hosted the World Cup 11 times, more than twice as often than any other continent. South America has staged the tournament five times. Africa and Asia have only hosted it once each, although the 2022 World Cup will take place in Qatar.

Infantino, meanwhile, said no decision has been taken yet by FIFA's disciplinary commission regarding the Brazil-Argentina World Cup qualifier that was suspended on Sept. 5 due to a COVID-19 controversy.

Officials from Brazil's health authorities entered the pitch after five minutes played to announce the game could not continue because of a breach of the country's quarantine protocols by four of Argentina's Premier League based-players.

"It is a pending case for the disciplinary commission," Infantino said. "The president of FIFA is not going to intervene because the bodies are independent.

"What we saw is something that cannot happen, that a game is interrupted in this way is unacceptable. It is always better to define the games on the field, but we have rules too. In the future we don't want to see any more images like this. It is something that hurts football."