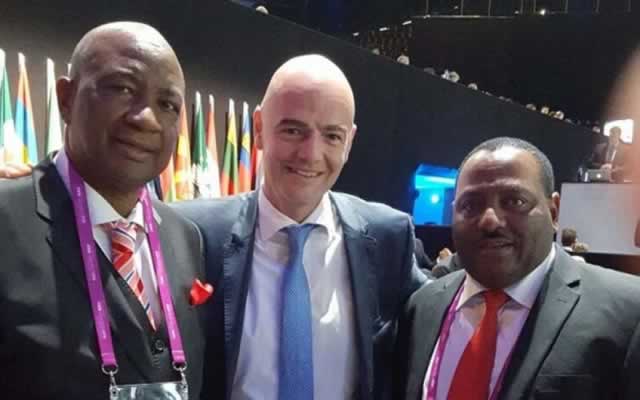 FIFA president Gianni Infantino is set to travel to Zimbabwe next week for a high-profile visit that has sent long-serving CAF boss Issa Hayatou into panic mode as the Cameroonian is cognisant of the blustery winds of change sweeping through the corridors of power in African football.

The Swiss lawyer is scheduled to fly into Harare next weekend and will be the guest of honour at an all-star bash being organised by ZIFA president Philip Chiyangwa, where he will celebrate his belated 58th birthday and his historic victory in the battle for the COSAFA presidency.

Ironically, Chiyangwa’s bash, in which he has invited a number of football leaders from across the continent, also coincides with the first anniversary of Infantino’s election as FIFA president in Zurich, Switzerland, on February 26, last year.

The FIFA boss is expected to first grace the world football governing body’s executive summit in Johannesburg, South Africa, on February 21 and 23, and then fly to Harare to grace the festivities that have been lined up to celebrate Chiyangwa’s rise to become the COSAFA leader just a year after he also won the right to be the ZIFA president.

The Harare businessman’s camp has been inviting a number of prominent African football leaders to the bash being held under the theme “Doctor Philip Chiyangwa’s Birthday And COSAFA Presidency Victory Celebrations.”

“It is with utmost pleasure that I write to you to invite you, in my personal capacity, to celebrate and to mark my victory as COSAFA president and my belated birthday as I was born on the 3rd of February,”reads Chiyangwa’s invitation letter to the African football leaders.

“The celebrations will be held on the 24th of February 2017 in Harare, Zimbabwe. The FIFA president, president Infantino, will grace the occasion as the guest of honour.

“It is my hope that you will find time in your busy schedule to attend these very important and historic celebrations.”

“We should be very grateful, if your association could arrange their entry visas upon arrival. Thank you in advance for your attention and co-operation.”

But, in a season where a lot of focus has turned to the battle for the CAF presidency where Hayatou, who came to power in 1988, faces a battle from the leader of the Madagascar Football Association Ahmad Ahmad next month, the Cameroonian strongman’s camp has gone into panic mode over the convergence of scores of African football leaders in Harare.

They believe the gathering could be used as part of the campaign strategy for Ahmad, who at the weekend received the endorsement from the COSAFA countries following a meeting of the region’s leadership in South Africa last Saturday.