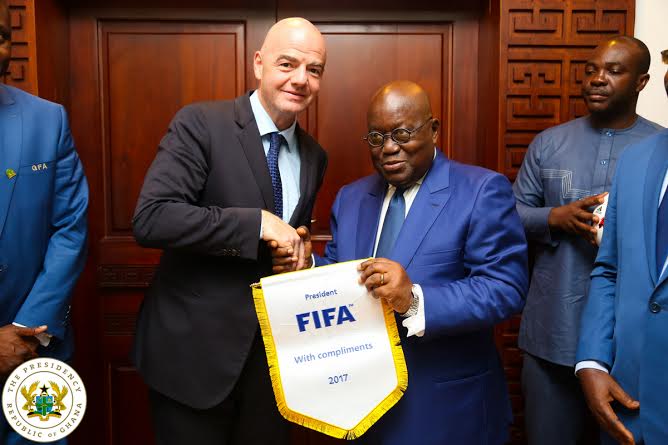 FIFA president Gianni Infantino says Africa must rid itself of the tag of the nearly men of world football by winning in the World Cup, insisting the continent has the potential to clinch it.

The Swiss national says the continent has the talents to be able to producer the winner of the global tournament after several years of near misses by several African countries.

Infantino, who was interacting with Ghana leader Nana Akufo-Addo on Monday, recounted the several near misses for Africa at the World Cup which resulted in the continent being branded the future.

The FIFA says must put in the efforts to ensure that it wins the global competition after being called the future of world football for far too long.

“I remember some of my fond memories about Africa football was the 1982 World Cup when Italy played Cameroon," Infantino told Ghana President Nana Akufo-Addo on Monday.

“And I remember since then, everyone was saying that Africa football was the future; in 1992, Africa was the future, in the 2000s, [it’s same]

“And we can come and move to the present only if we establish some facts. First, we have to recognize the contribution of African Football to world football."

Ghana, Cameroon, Senegal and Nigeria are among the African countries to have thrilled audiences in previous World Cup by reaching the latter stages of the global tournament.