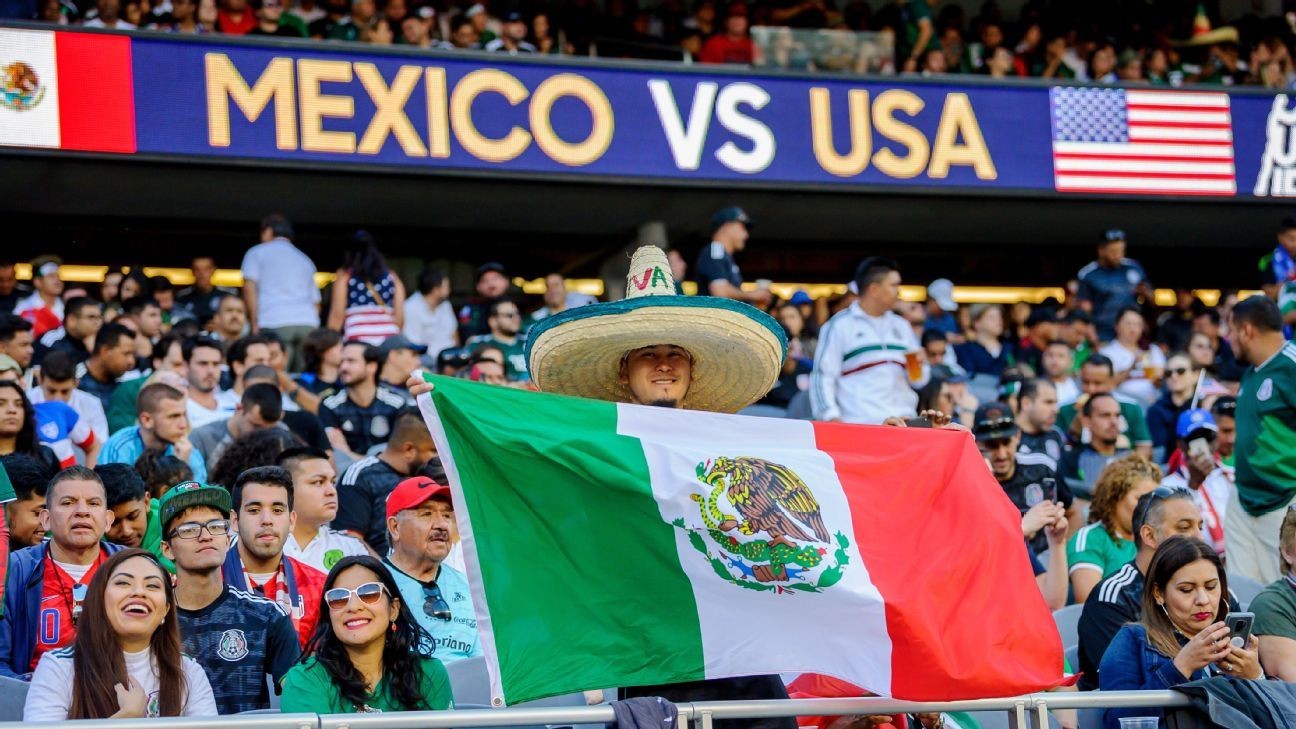 A second disciplinary dossier has been commissioned by FIFA to investigate Mexico for anti-gay chants made by fans during a CONCACAF Olympic qualifying match against the United States.

The announcement follows the governing body's announcement last month that it would look into chants heard during the Mexico versus Dominican Republic match.

"FIFA can confirm we've opened a disciplinary procedure against the Mexican Football Federation stemming from discriminatory incidents during the Men's Olympic qualifying match between Mexico and the United States on March 25, 2021," reads a document sent by FIFA to ESPN Mexico.

Sanctions from the first FIFA investigation regarding the chant's usage against the Dominican Republic have not been announced.

After a scuffle between USA goalkeeper David Ochoa and Mexico's Alejandro Mayorga in the second half, the anti-gay chant was heard moments later when Ochoa took a free kick. The chant has been historically directed at goalkeepers restarting play with a goal kick, though it has appeared at other times in different dead ball situations.

According to FIFA's rulebook, potential sanctions for Mexico range from a fine to exclusion from a tournament. Despite these potentially severe consequences, Mexican FA president Yon de Luisa has been confident about El Tri remaining in Tokyo 2020 despite FIFA's investigation.

"It has nothing to do with [qualification]," De Luisa said after FIFA announced its first inquiry.

Despite downplaying the sanctions, De Luisa was adamant about the need to eradicate the chant.

"One thing is supporting our team, displaying our passion and our happiness and another thing altogether is to belittle others [by chanting]," he said.

The current disciplinary code used by FIFA in order to enact sanctions for discrimination has been in use since 2019, though the Mexican federation has been fined in the past for fans' repeated use of the chant, the history of which goes back to the turn of the century.

After defeating the United States in the final group stage match of the Olympic qualifier, Mexico beat Canada in the tournament semifinal to officially qualify for the Tokyo Games. They later beat Honduras to win their fourth under-23 title since 2004.

Mexico has already faced FIFA's wrath over a different kind of scandal. In 1988, it was revealed that the Mexican FA had knowingly fielded players over the age of 23 to face the Olympic qualifying tournament for the Seoul Games later that year. The ensuing investigation yielded a two-year ban from all competition, leaving El Tri disqualified not only from the Olympics, but the 1990 World Cup, as well.