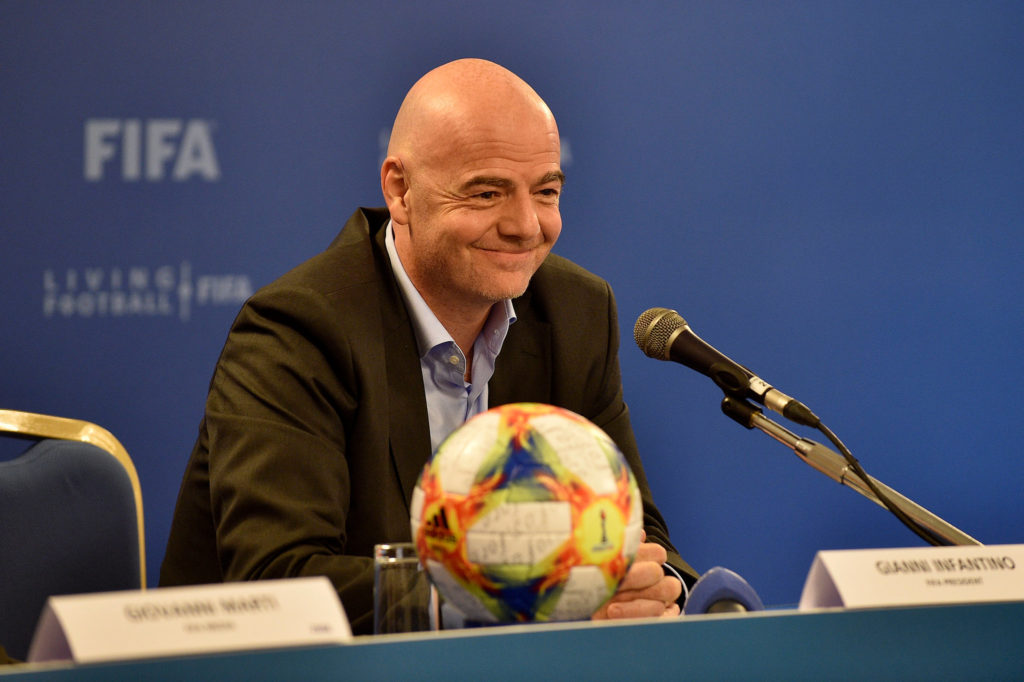 Oman and Kuwait to host certain games, a safety option similar to Betsafe

FIFA is forging ahead with its secret plans of getting some of Qatar's neighbours to host some of the matches during the 2022 World Cup with Oman and Kuwait now being considered.

The President of the world governing body Gianni Infantino is pushing forward with this effort to expand the World Cup from despite serious concerns from the host country Qatar with decent odds for the matches being offered by bookies like the Betsafe bonus code.

FIFA must get the approval of Qatar before it can allow the neighbouring countries to host some of the matches of the expanded field as the tournament was billed for 32 teams.

With Infantino now seeking to expand the competition to 48 teams, new venues are needed to host the added matches as asking Qatar to stage all the game could bring added pressure on the tiny Asian country despite having big resources as their disposal.

But the most delicate thing FIFA must navigate is the tempestuous political climate in the Middle East as taking matches to Qatar's neighbours like Saudi Arabia and the UAE is completely out of the question because of the fierce stand-off with the 2022 World Cup hosts.

As such Infantino's safest bet is to ask Oman and Kuwait to host some of the matches as they two are friendlier to Qatar in the face of Saudi Arabia and UAE leading a political and economic blockade of the 2022 World Cup hosts.

So this means when the World Cup field is approved by the FIFA Council to expand from 32 to 48 teams, the mantra of the competition will be couched as part of a broader Middle Eastern World Cup.

“There are tensions in this particular region, and it’s up to their respective leaders to deal with that, but maybe it’s easier to talk about a joint football project than more complicated things,” Infantino said in January.

“If it can help all the people in the Gulf and all the countries in the world develop football and bring a positive message to the world about football, then you should give it a try.”

But underneath that is the strategy by Infantino to get the tournament more matches to help FIFA increase its revenue base and also retain the support of federations that hardly get the chance of playing at the World Cup.

That is because the expanded number of teams playing at the World Cup will also expand the countries that will qualify for the competition from each of the confederations.

The decision on the expansion was scheduled to be held in Miami next week but with several European countries opposed to the idea more time is needed to win over the wider football family.

As such Infantino has moved the decision making process to FIFA’s annual Congress in June where he is expected to get overwhelming support as he stands unopposed for re-election but Qatar must still approve the plans for the expansion.

Qatar’s decision to approve the expansion and the tournament going to some of its neighbours will be hugely political as they will seek to exact some traction from the decision and also to reward countries that have remained friendly in the wake of the blockade by the Saudis and the Emiratis.

A major concern for FIFA however will be that football fans from Qatar's enemies in the region might not be able to travel freely to the World Cup because of the regional stand-off and jealousies that have characterized their sour relationship.