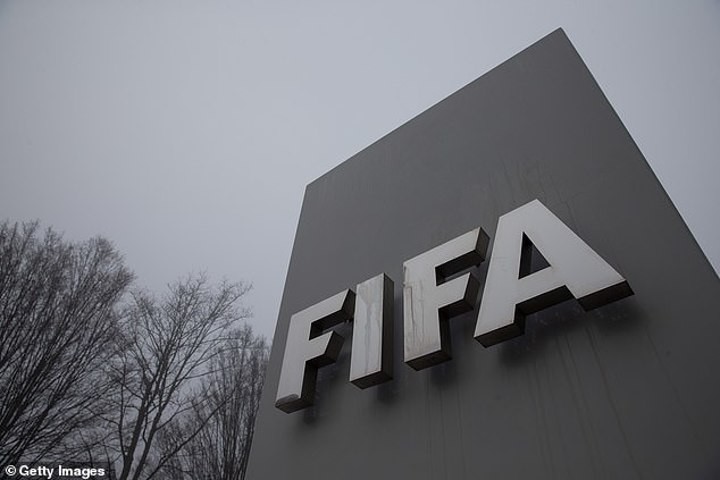 FIFA will today announce that they have approved plans aimed at rescuing the football season which will see player contracts extended and transfer windows put back.

Last week, Sportsmail reported how a task force from world football's governing body had drawn up proposals that tackle the issue of contracts and transfers in the event of an extended season.

Another confidential document, seen by this newspaper, sets out a range of measures which have been 'adopted unanimously' and from which FIFA 'expects the necessary level of co-operation and compliance' from member associations.

Its details will be released officially later today but Sportsmail can disclose that a series of 'guiding principles' have been passed through unanimously.

Where a player has moved to a club whose new season may have started before their old club's has finished, priority should be given to the former club.

In situations where clubs cannot afford to pay players, FIFA encourage both parties to work together to find 'collective agreements on a club or league basis'.

When agreements cannot be reached, FIFA's Dispute Resolution Chamber or Players' Status Committee (which sets up and monitors compliance) will consider the economic situation of the club, how much money is due, whether the club's decision applied to the entire squad or specific employees and whether the club had acted in good faith in their negotiations.

Alternatively, FIFA will allow contracts to be suspended while football is suspended should sufficient insurance coverage be held and alternative income found for employees.

With regards to transfer windows, all requests for new dates should be approved as long as they comply with the 16-week limit within existing laws.

Players who have had their contracts terminated thanks to the coronavirus outbreak will be permitted to sign for new clubs regardless of whether a window is open.

As previously reported, FIFA have recognised the coronavirus crisis as a 'force majeure' which allows their council to act.