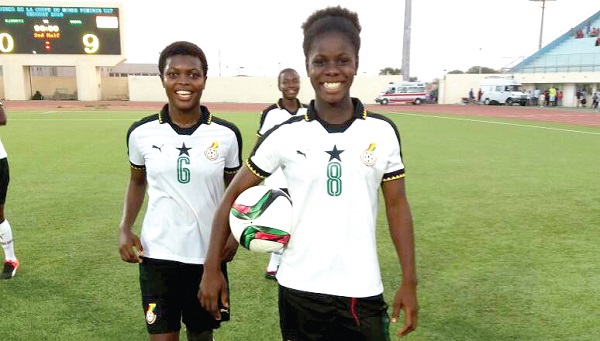 Black Maidens captain Mukarama Abdulai has cautioned his teammates to keep their focus ahead of the opening fixture of the 2018 FIFA U-17 World Cup against Uruguay.

Coach Evans Adotey's side will open their campaign at this year's FIFA U17 Women's World Cup with a tough test against the host country.

The team touched down at their base in Montevideo on Thursday after embarking on a tour week training tour of Brazil to fine tune preparations for the competition.

With the team making a 6th appearance at the tournament, they are tipped to replicate the 2013 form where they won bronze in Azerbaijan.

"The coach has spent a long time preparing us for this first match and for the atmosphere we can expect there," explained Abdulai. "We have to be totally focused so that we don’t get knocked off our stride by the home fans cheering for their team."

Abdulai intends to share that belief with her team before they take to the pitch at the Estadio Charrua in Montevideo. One of the brightest young players in African women’s football, she is well aware of what is at stake.

"I believe in myself and my team-mates and I hope I can inspire them to excel themselves. The World Cup can change our lives and open up doors for us in terms of our careers. We have to rise to the challenges we face and keep going till the end."

Ghana is in Group A with Uruguay, Finland and New Zealand.