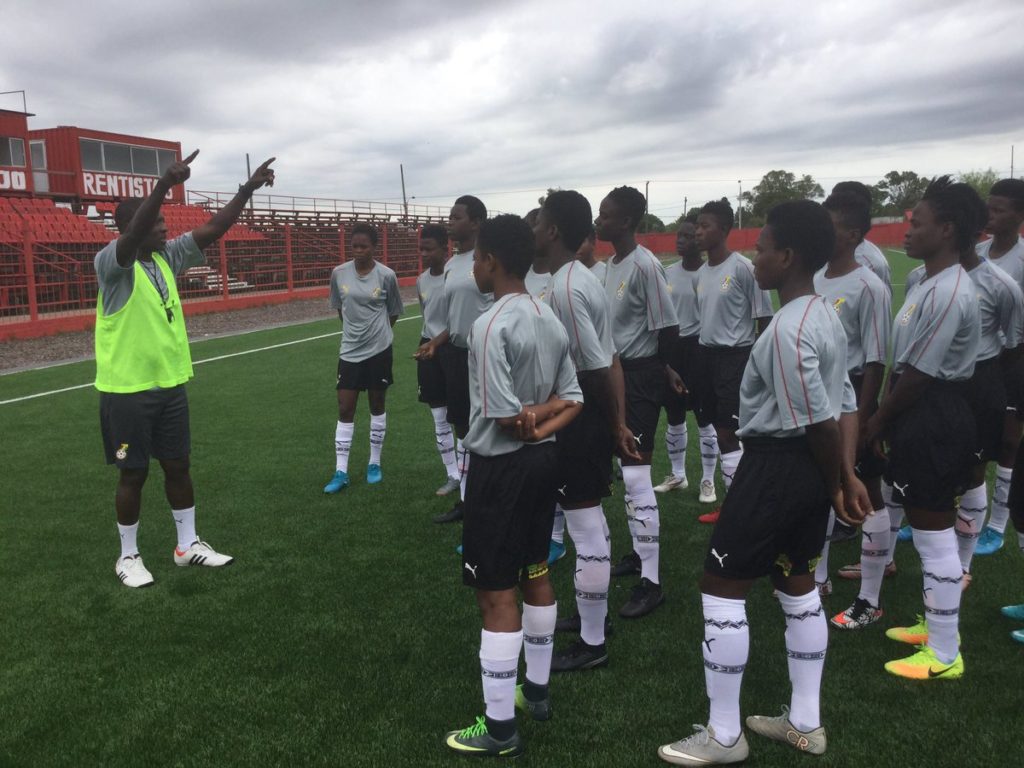 Head coach of the Black Maidens, Evans Adotey wants to begin the FIFA U-17 women's world cup on a winning note, when his girls face host Uruguay on Tuesday.

The Black Maidens, who are making a sixth appearance at the World Cup come up against the Les Celeste in front of their home crowd at the at the Estadio Churrua in Montevideo.

Ahead of the opener tonight, the former Medeama SC coach has stated how important it is for his side to pick all three points against the hosts.

"We need to start well by winning our first game against the hosts, it is crucial we do that since we want to make the next stage early," he said in a pre match interview.

The Black Maidens remain the only Africa side to ever win bronze at the FIFA U-17 women's world Cup, an achievement coach Evans Adotey wants his team to surpass.

"This is our 6th appearance at the tournament, in 2012 we got to the semi finals and won bronze, we want to do much better this year by winning the tournament."

Ghana are in group A with Uruguay, newcomers Finland and New Zealand.