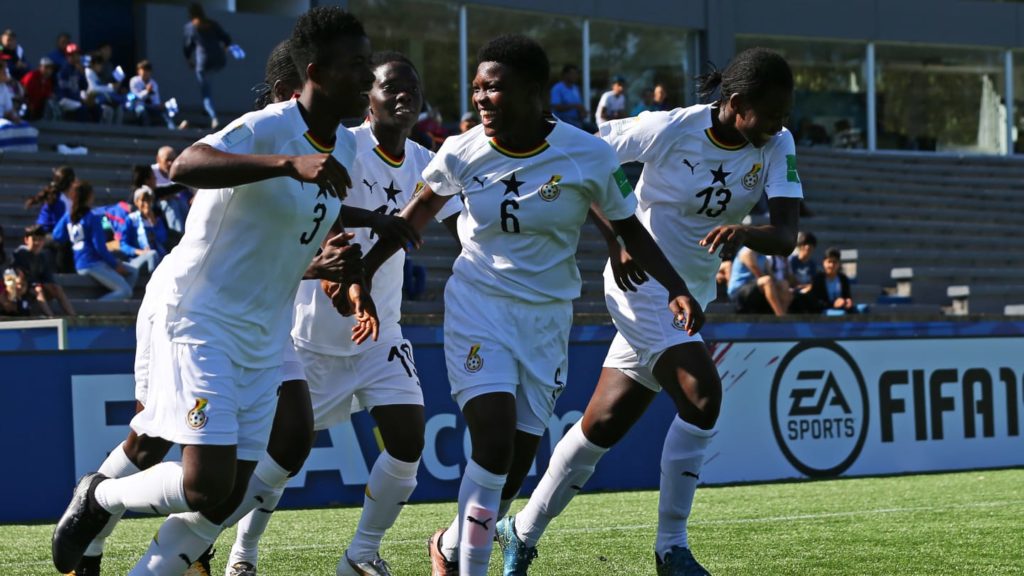 Ghana's female national U-17 team, the Black Maidens are beaming with confidence ahead of the final group game of the FIFA U-17 World Cup.

The team has been phenomenal at the global showpiece, winning their first two games to qualify for the knockout stages of the competition.

Ghana thrashed hosts Uruguay 5-0 and defeated Finland 3-1, but ahead of the game against the Oceania side, a place at the summit of the table is up for grabs.

The Black Maidens have been engaged in rigorous training regimen ahead the game against New Zealand on Tuesday night.

Technical director of the side, Oti Akenteng revealed the team is very focused ahead of the final group game and will throw in their all to secure top spot.

"We have spoken to the girls, we've not encountered any monetary issue with them because we want to perform well in the tournament," Oti Akenteng said.

"We agreed on qualification bonus and by qualifying you'd expect they will be asking for money now but they've not mentioned anything about it and it's a good sign because it means they are only focused on the tournament."

The former Medeama SC gaffer, who has been at the World Cup before has set a target of winning the trophy.

“Our wish is to surpass that the 2012’s achievements, advance from the quarterfinals stage and hopefully make it to the final. As a coach and together with the players this is our target”, he said.

"This is our 6th appearance at the tournament, in 2012 we got to the semi finals and won bronze, we want to do much better this year by winning the tournament," he added.

Evans Adotey had his full squad for training on Monday, with Fuseina Mumuni, who was injured from the first game returning to the squad.

Ghana's first scorer at the World Cup this year might start in place of Milot Pokuaa, who replaced her from the first game.