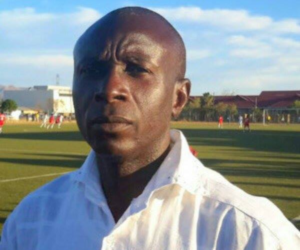 Black Princesses coach, Yusif Basigi says his team will be ready ahead of the team's FIFA U-20 Women's World Cup qualifier against Guinea Bissau.

The Black Princesses are currently in camp preparing for the game which comes off on 23 February, 2020.

“Camping is going on well for the Black Princesses. The league is helping with the conditioning of the players so it’s not affecting our preparation”, he told Happy FM.

Basigi indicated he has a fair idea of his opponents, Guinea Bissau and is mapping a strategy to eliminate the West African side.

“I have a fair idea of the Guinea Bissau team. We will be playing against them next month".

The Hasaacas Ladies coach added that the team will be pruned down to 25 players before the game.

“I have a very good team and it’s a headache for me on which players I have to select for the game. Even with the second team, the players are doing very well but I will prune by my squad before the qualifier”, he indicated.