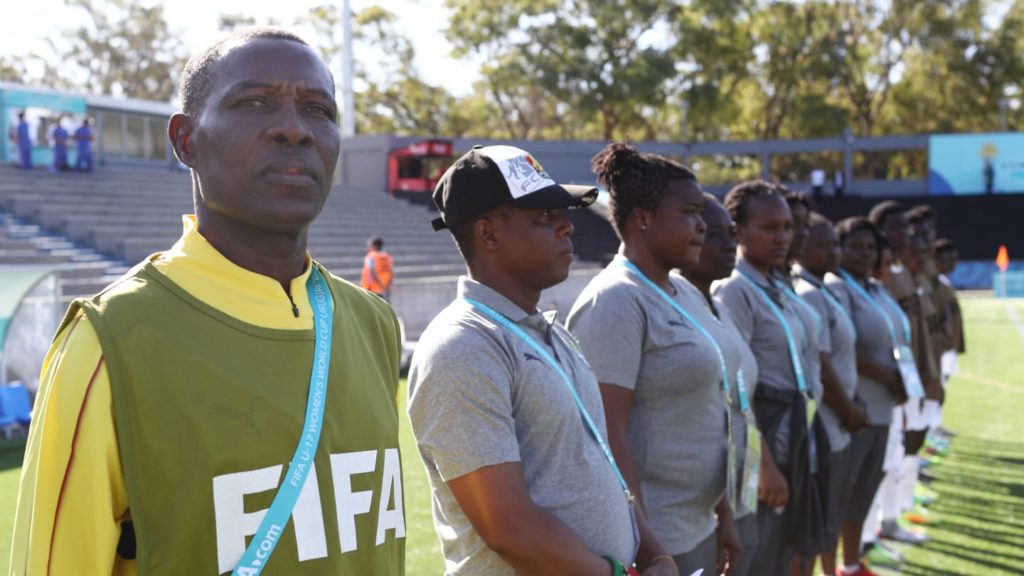 Head coach of the Black Maidens, Evans Adotey has expressed joy in his sides performance after beating New Zealand 2-0 in the final game of group A on Tuesday night.

The Black Maidens made it three wins in three games at the FIFA World Cup to top the group and set up a quarter final showdown with Mexico.

The former Medeama SC coach says he is happy with his sides performance, congratulating the girls for the remarkable feat.

"Three games, nine points. I am happy, very very happy. I will first congratulate my ladies for making Ghana and myself proud," he said after the game. "I am happy for myself and for Ghana," he added.

The Black Maidens have scored ten goals in three games, with captain Mukarama Abdulai having six of those.

Despite the potency of the team in attack, they had to wait until the hour mark to break the deadlock against New Zealand last night.

Coach Evans Adotey explains the girls were more competitive in the second half of the game.

"Of course we had a slow start in the first half, we entered the second half in a very competitive manner. So no wonder we scored two late goals to win the game," coach Evans Adotey said.

The Black Maidens will face Mexico on Sunday in the quarter finals of the World Cup.