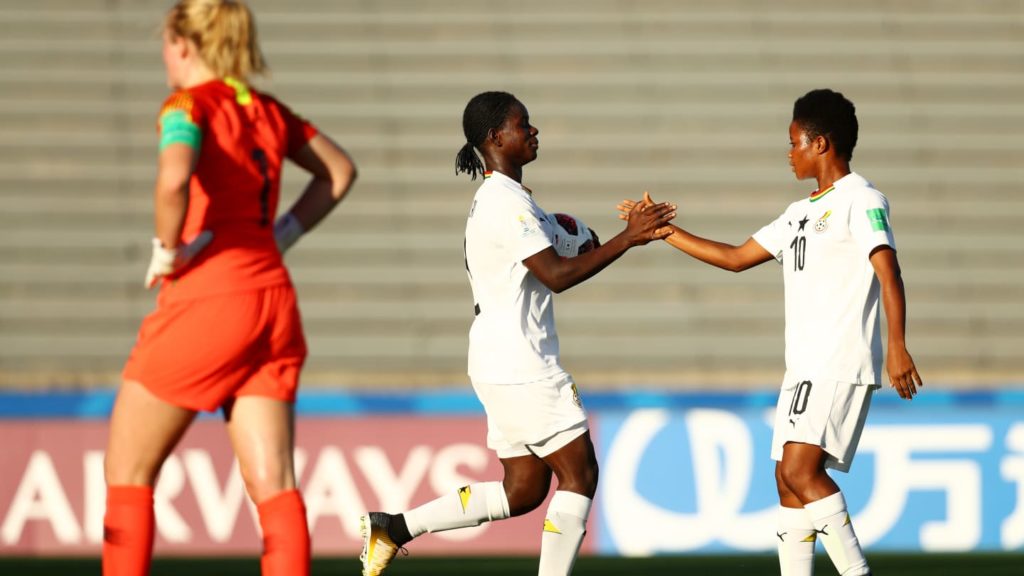 The Black Maidens of Ghana finished top of group A at the FIFA U-17 Women's World Cup after dispatching New Zealand in the final group game.

Captain Abdulai Mukarama continued her exploits at the global showpiece after netting twice in the second half to secure victory for the Africans.

Ghana, have been a delight to watch at the World Cup in Uruguay and began Tuesday night's game in a commanding manner, controlling the game right from the blast of the whistle.

The team created chances to have opened the scoring, with the first opportunity falling to Milot Pokua, who failed to convert.

Striker Abdulai Mukarama, had her fair share of opportunities but spurned them. The strong forward became provider after taking on two defenders to place the ball for Mavis Owusu, her effort was miscued.

New Zealand went into the break the lucky side, after the half ended goalless.

Ghana returned from the break with renewed energy and it took the stroke of the hour mark for forward Abdulai Mukarama to pounce on a lose to and fire Ghana ahead.

When it looked like the West Africans were done and dusted, the Northern Ladies striker calmly lobbed the ball pass the New Zealand goalkeeper after collecting a pass from the returning Fuseina Mumuni.

The Black Maidens will next face Mexico on Sunday in the quarter finals of the World Cup.