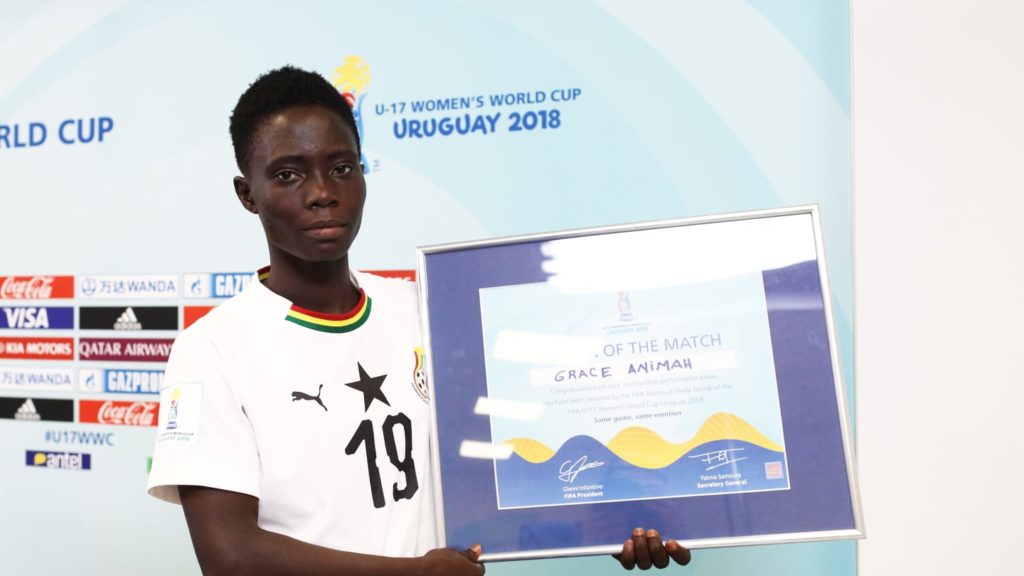 Black Maidens winger Grace Animah was named player of the match in Ghana's 2-0 win over New Zealand in the final group A game at the FIFA U-17 Women's World Cup.

The winger impressed on the flanks causing troubles for the New Zealand defence.

Animah came close to grabbing the opener on the day but her long range effort was expertly tipped off by the New Zealand shot-stopper.

Meanwhile, captain Abdulai Mukarama continued her exploits at the global showpiece after netting twice in the second half to secure victory for the Africans.

Mukarama took advantage of a defence mishap beating the New Zealand center back to a long range pass to score her first.

The Northern Ladies forward grabbed her second of the day after taking advantage of her pace and power to clinically slot home.

Ghana will next face Mexico on Sunday in the quarter finals of the FIFA U-17 World Cup in Uruguay.