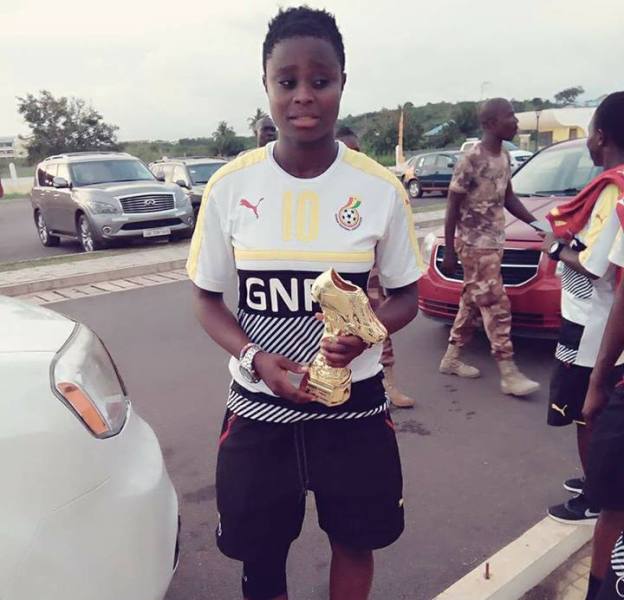 The attacker found the back of the net 10 times in five matches for the Black Princesses.

The Ampem Darkoaa Ladies forward who doubles as the striker of Ghana' Black Queens opened her goal scoring escape by scoring twice in Ghana’s 5-0 demolishing of Algeria in Cape Coast having missed the first leg match in Algiers.

Adubea again scored a double brace in the team’s qualifier against Kenya in Ghana and also got a brace in the reverse fixture played in Nairobi to increase her goal tally to eight.

Adubea then scored a goal in the side's 1-1 stalemate with Cameroon in Yaounde before finding the back of the net again in the return leg to aid Ghana record a 3-0 win over the Cameroonians to take her tally to 10.

Adubea has gradually established herself as a clinical goalscorer after winning the Ghana National Women’s League goal queen on two consecutive occasions.