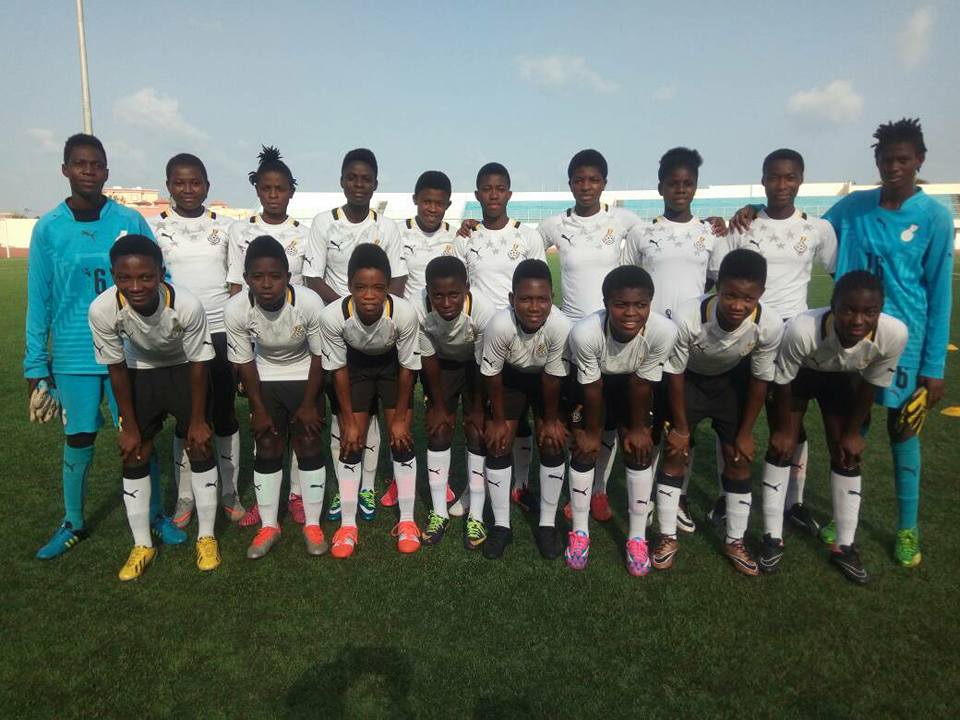 Ghana’s Under-17 female football team, the Black Maidens, will pitch camp in Brazil as they round up their preparation towards their participation in this year’s FIFA Women’s World Cup (WWC) slated for Uruguay from November 13 to December 1.

The Maidens, are scheduled to leave for Brazil’s city of Sao Paolo at dawn on Wednesday, where they will train for the next nine days before moving on to the Uruguayan capital, Montevideo for their WWC campaign.

While in Sao Paolo, the team, seeking to impress at the 2018 tournament, will play Cameroun and two club sides before leaving for Montevideo on November 9 to prepare for their opening Group A game against hosts, Uruguay on November 13.

Last Monday, the final list of 21 players along with the jerseys they would be wearing during the WWC, was released with Coach Evans expressing confidence of the quality in the team.

Out of the number, three are goalkeepers, six defenders, seven midfielders and five attackers. The team have also stuck to the traditional 1-21 numbers with the No.1, No.16 and No.21 reserved for the three goalkeepers.

“It has not been an easy task selecting the final 21 from the 35 players we started the preparations with. However, it is important to note that some players would do better than others and the final list was arrived at after assessing their experience, exposure as well as how well they could fit in the roles to be assigned them.

“I think we have a good squad capable of challenging for honours just as their predecessors did in the previous tournaments,” Coach Adotey explained.

In arriving at the final list, Coach Adotey seemed to have settled on the players who were instrumental in the team's qualification to the Maidens' fifth WWC appearance during their qualifying campaign last March.

The former Medeama FC coach, who will be making a third WWC appearance as the man in charge, has also chosen some experienced and internationally exposed players, as he seeks to get the most out of the players in their campaign.

Goalkeeper Barikisu Issahaku, midfielders Fuseina Mumuni and Nina Norshie, members of the 2016 squad and who are still qualified by age, have maintained their places in this squad, with the biggest name, being Ampem Darkoa’s captain, Justice Tweneboah, whose experience with the Princesses at the 2018 WWC, is expected to have an impact on the team's performance in Uruguay.

Also in the squad is Northern Ladies' Mukarama Abdulai, the young lady who finished as top scorer of the qualifying campaign with 12 goals and Coach Adotey believes she can continue from where she left off during the qualifiers.

The breakdown of the team is also an indication of what Coach Adotey intends to do and the options he would want to have to execute his strategy to first qualify from the group stages and then, go past the semi-finals for the second time.

He has kept to the mandatory three goalkeepers, chose six defenders as well as midfielders, with the forwards split into two -- four wing attackers and three strikers.