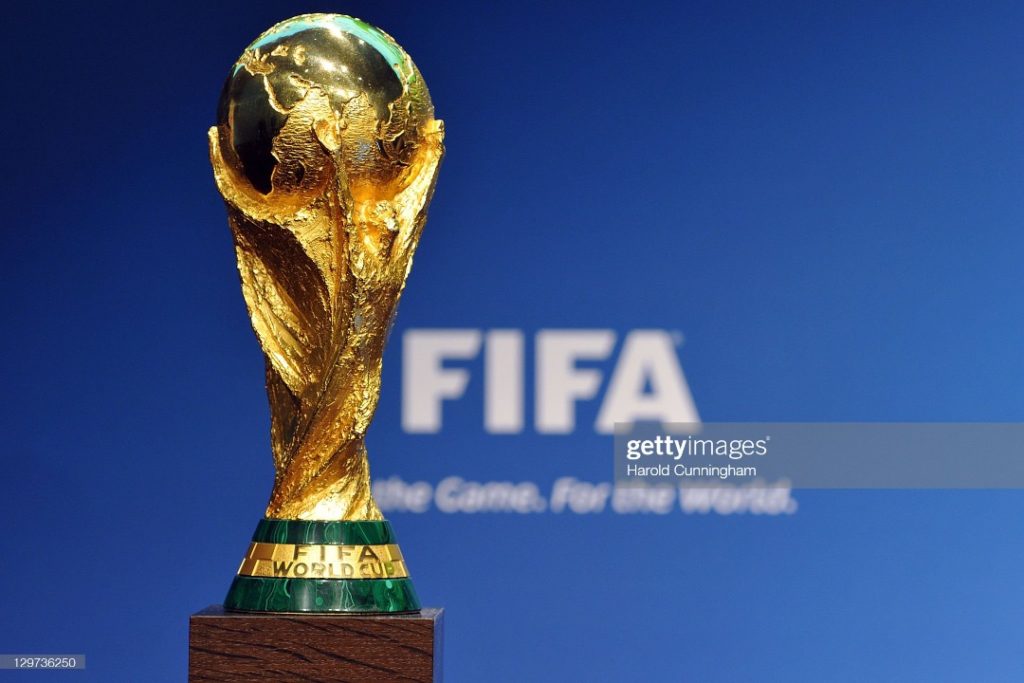 Ghanaians will catch a glimpse of the original FIFA World Cup trophy before the tournament in Qatar later this year.

The trophy will tour all 32 countries that have qualified for the World Cup including Ghana.

In Africa, the tour will include Cameroon, Tunisia, Morocco and Senegal.

The trophy tour will begin in May and end in November just before the start of the FIFA World Cup.

At a ceremony at Dubai’s Coca-Cola Arena to send the trophy on its way, the Vice President of Global Sports & Entertainment Marketing and Partnerships at The Coca-Cola Company, Brad Ross said: "Starting today, Coca-Cola is inviting fans to a once-in-a-lifetime opportunity to see the most recognised symbol in football and experience the real magic of the world’s largest and most anticipated single-sport event – the FIFA World Cup.

“The FIFA World Cup Trophy Tour by Coca-Cola will stop in 51 countries and territories, bringing Coca-Cola and FIFA one step closer to the goal of visiting each of FIFA’s 211 member associations by 2030. For the first time ever, the tour will visit all 32 countries that qualified for the FIFA World Cup™, inspiring fans across the world through exclusive consumer experiences.

“As football fans around the world gear up to support their teams, Coca-Cola is thrilled to offer fans the opportunity to experience the trophy ahead of the tournament.

“The real magic of the FIFA World Cup exists with fans believing in their teams and showcasing their passion for the game.

FIFA’s Chief Business Officer, Romy Gai, also said: “ Bringing the World Cup trophy, one of the greatest symbol of sports on tour gives us a unique opportunity to shine a spotlight on the fantastic communities around the world who love the beautiful game.

"The trophy tour – which will end back in Qatar, our amazing hosts – highlights our commitment to making football truly global as we realise the dreams of our fans and bring the joy and excitement of the FIFA World Cup to their doorsteps, together with our long-standing partner Coca-Cola,” Mr Gai stressed.