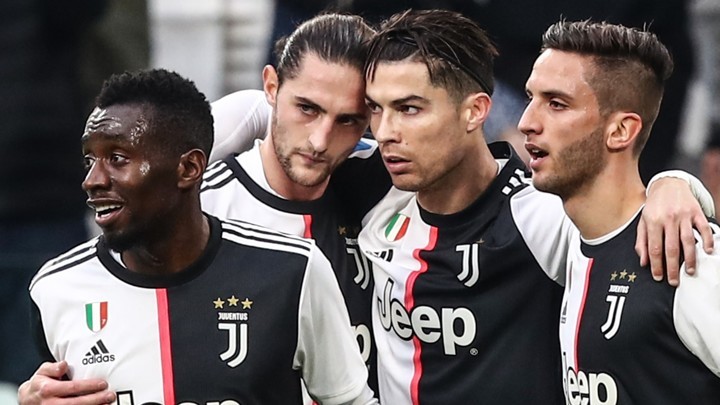 Italian Football Federation (FIGC) president Gabriele Gravina has praised Juventus as “an example for the whole system” for their response to the coronavirus outbreak.

The entire Juve squad and coaching staff have agreed to take a significant pay cut in order to help the club remain financially stable for the duration of the crisis.

The Italian side announced on Saturday that all those at the club have negotiated changes to their wage structure, an idea championed by defender Giorgio Chiellini in a bid to aid the global fight against the pandemic.

All Serie A action was suspended on March 9 in a bid to prevent the outbreak of Covid-19 throughout Italy, one of the countries worst-hit by the worldwide pandemic.

And Gravina has commended the Bianconeri for their decision.

“The agreement reached by Juventus is an example for the whole system,” the FIGC president said.

“I thank Giorgio Chiellini, his teammates and Maurizio Sarri because, in wake of the collaboration that the FIGC hopes to have in days, they placed general interests at the heart of their conversations with the club.

“Unity and solidarity in the world of football represent the first great response to the emergency we’re experiencing, and that risks becoming even more serious if we don’t resume playing soon.

“Only through the contribution of all the protagonists, each of them playing their part, will we make football stronger.”

Inter defender Diego Godin has, however, recently criticised the league’s initial approach to the pandemic, claiming that Serie A had tried to continue playing until the situation became unsustainable.

Spain has been similarly affected by the crisis, with the country also in lockdown in an attempt to prevent further deaths. And several La Liga sides have also been helping in the fight, with players from all 20 clubs appearing at a charity festival that has helped raise over €600,000.

The Covid-19 outbreak has brought a halt to all football across Europe, with this season’s Champions League and Europa League campaigns currently on hold.

And UEFA president Aleksander Ceferin has recently admitted that the current football season could be declared void if leagues are unable to resume in some fashion by the end of June.