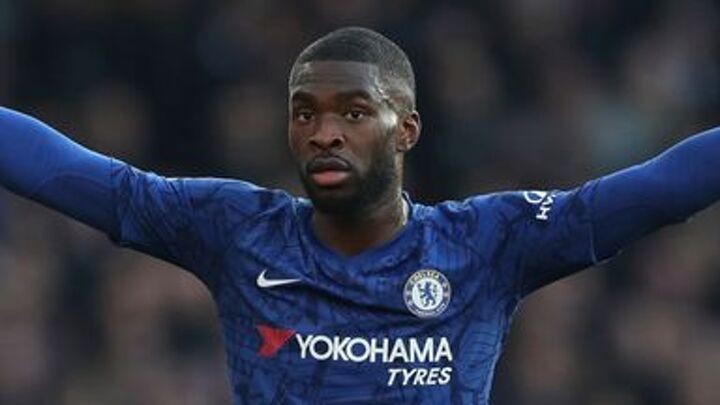 AC Milan are hoping to complete the signing of Fikayo Tomori from Chelsea in the next 48 hours in order to hand him his debut on Saturday.

The Italian giants have been locked in talks with Chelsea this week over a loan move for the centre-back which includes an option to buy at around £25m.

Milan want to have Tomori at their disposal for their Serie A game against Atalanta on Saturday, and potentially ready to come straight into the starting line-up.

The Serie A leaders are in the midst of a defensive crisis as all of their senior centre-backs are unavailable - Simon Kjaer and Matteo Gabbia are sidelined and Alessio Romagnoli will be suspended.

That is likely to accelerate AC Milan's move for Tomori, as Sky in Italy report they are hoping the 23-year-old will be able to fly into Italy by Thursday night in order for him to undergo a medical on Friday.

"We saw in [Tomori] the quality to throw him into the mix with our current defenders, so that's why we want him," AC Milan's technical director Paolo Maldini said on Monday.

Despite cementing his position as a Chelsea starter in the first part of last season, he fell out of favour this year and has been named in a Premier League squad just once since late October.

New signing Thiago Silva, Andreas Christensen, Kurt Zouma and Antonio Rudiger are all ahead of him in the pecking order and Chelsea boss Frank Lampard confirmed he can't guarantee the England international more game-time at the moment.

"Fikayo is a developing player," Lampard said on Monday. "In the squad we had four centre-backs last year. I can't play four in one game and you try and find consistency at different times.

"This year we have five centre-backs. So the predicament is difficult for the ones not playing regularly and that is why he might go out on loan, for his development.

"He is a young player. His development has been a huge rise in the last two or so seasons since I have been working with him. That will continue and we will find the best path for that."