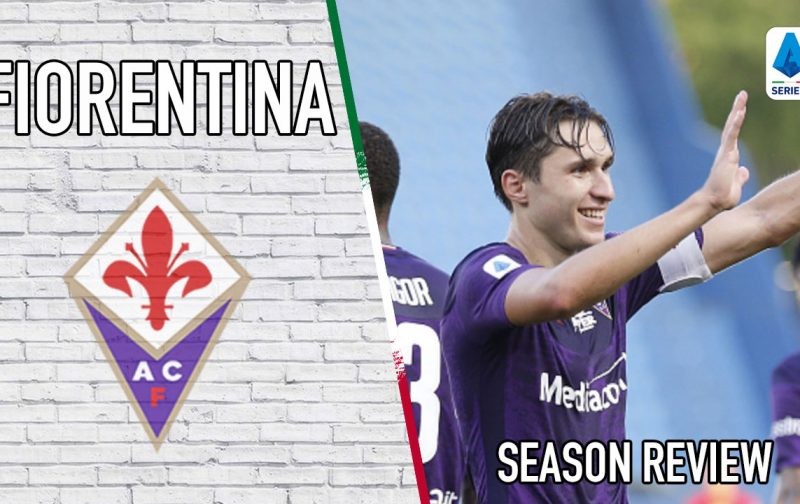 Fiorentina went into the 2019/20 campaign with a great sense of optimism following the takeover completed by Italian-American Rocco Commisso.

The Viola finished three points above the relegation zone the season before so there was plenty to be excited about. After two narrow losses in a row, Fiorentina went on a six match unbeaten run with impressive draws with Atalanta, and Juventus before going to the San Siro and defeating Milan, fans could be forgiven for thinking a push for European football was on the horizon.

But a run of poor form in December saw the Viola looking down, rather than up. In a transition season, they managed to consolidate defensively and eventually secured a top-10 finish on the last game of the season with a win away to relegated SPAL.

Player of the Season: Federico Chiesa Following in the footsteps of his father, Enrico, Federico has huge potential. At times, he found himself played out of position and there was constant speculation regarding his future, meaning he endured a lot of adversity.

The 22-year-old would go on to score 10 goals in 34 appearances, which is his highest goal return for the Viola. A much happier Chiesa was a joy to watch with his great technique on the ball and his skill. The Italian had a strong season despite all the talk and will look to build on his 10 goals in the new campaign. After a summer move from Derby dell’Appennino rivals, Bologna, Chilean midfielder Pulgar had a great first season in Florence. Pulgar made 37 appearances in the league and chipped in with seven goals and six assists.

The goals for the 26-year-old all came from the spot, where he only missed one all season, giving him a penalty conversion rate of 88%. His excellent range of passing was a huge asset to Fiorentina and he looks set to push on next season. The new Fiorentina ownership kept faith in Montella who kept the side away from relegation harm the previous campaign and the former Roma star had a reasonable start to the season with some good results but then quickly found themselves on a poor run during December which spelled the end.

The Viola were on the receiving end of a 4-1 drubbing from Roma and he was sacked the following day. Within days, Fiorentina turned to Guiseppe Iachini and under him, they became very difficult to break down but had trouble finding the net at times. The results started to swing in their favour, with Iachini’s men only losing five games during his tenure, where he secured a place in the top half of the table. Iachini was rewarded with a further year at the helm of Fiorentina.

Fiorentina had many spirited performances but one which may stand out for many was the 3-1 result away to Milan in September. A Franck Ribery-inspired performance led the Viola to a huge result.

Erick Pulgar put Fiorentina 1-0 up from the spot.The night got better when Mateo Musacchio received a straight red following a VAR decision for a foul on Ribery. Minutes later, Gaetano Castrovilli capitalised on Donnarumma palming a cross into his path. It was almost straight away that the Viola could have had their third of the evening but Chiesa had a penalty saved by Donnarumma.

After a great burst of pace from Chiesa, he gave the ball to the magical Frenchman, who dazzled the Milan defence and flat footed Donnarumma to send the Fiorentina fans home happy. Ribery went off to a standing ovation from the San Siro on what was a special night for the club. Fiorentina will be scratching their heads at what could have been but a transition period was always to be expected. Many were surprised when Montella was kept on and his sacking meant that they went into the second half of the season with a new coach and a different tactical approach.

The Viola finished the season with 13 draws and struggled at times for goals but they managed to bring in Patrick Cutrone from Wolves and Christian Kouame from Genoa, the latter being on the sidelines through injury for majority of his time with the club.