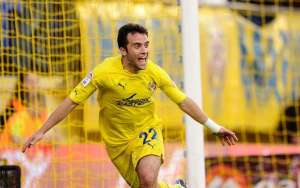 Fiorentina striker Giuseppe Rossi could return to his former club Villarreal this summer.

The injury-plagued forward has seen his Viola career collapse after a series of injury setbacks which has forced his club to build a new identity without him.

According to Firenze-based publication La Nazione, Villarreal have set their sights on bringing the Italian back to the club for a slashed price of €4m, and president Mario Cognigni may accept in order to get the former Manchester United striker off the books.

Fellow Spanish club Levante had a €5m option inserted into January’s loan deal but the club could not manage to avoid relegation and thus cannot afford to keep the player next season.

Rossi had six goals and two assists in 17 La Liga matches, after failing to register a single goal in 11 matches for the Gigliati.