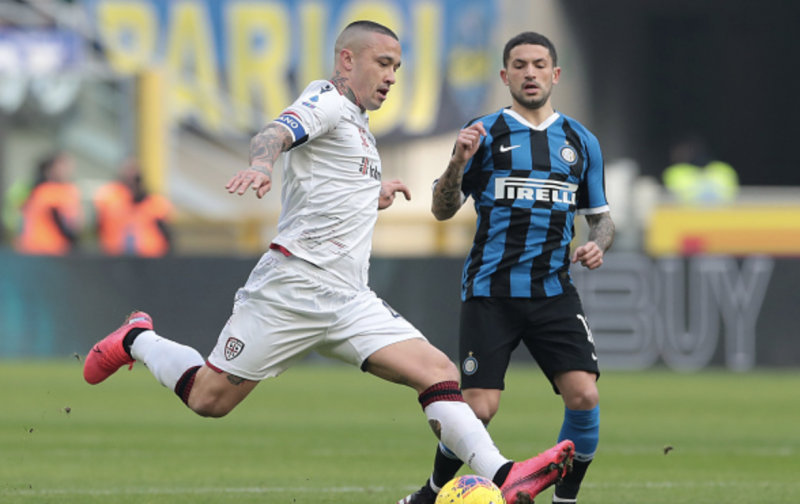 Fiorentina and Inter have discussed a move for Radja Nainggolan that would see the Belgian join the Viola on loan with an obligation to make the move permanent for €20 million.

The 31-year-old is currently on loan at Cagliari, but reports in recent weeks suggest the Sardinians will not be able to make his move permanent.

As a result Fiorentina appear to be back in for Nainggolan according to La Nazione, as they were heavily linked with a move for the midfielder back last summer.

The Viola and Inter have held talks in recent weeks regarding the future of Dalbert, who is on loan at Fiorentina from the Nerazzurri, and Nainggolan became a topic of discussion.

The two clubs have an excellent rapport and it’s believed a deal would be an initial loan with an obligation to make it permanent for €20m, though Inter are also asking that Fiorentina drop their interest in Hellas Verona defender Marash Kumbulla.