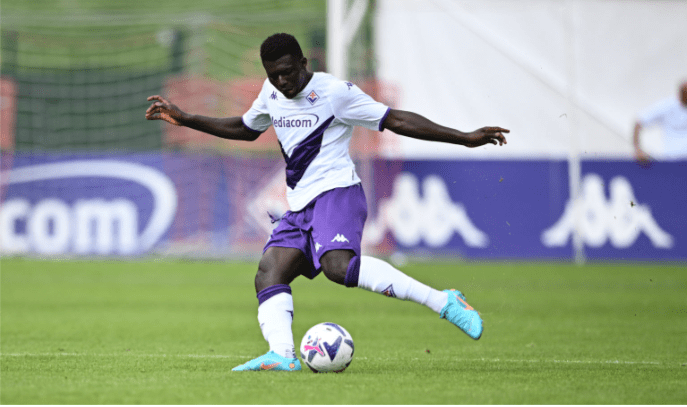 Duncan was forced to leave the field in the 37th minute due to an injury, with the game ending in a goalless draw.

He was touching his thigh, indicating a flexor muscle problem.

Duncan is expected to have tests to determine the extent of his injury as the new season approaches.

The former Sassuolo man in a recent interview said his goal for the 2022/23 season is to improve on last season.

He had a great season in 2021/22, scoring two goals and assisting on two others in 33 games as Fiorentina secured European football.

"The goals will be a consequence of the performances. I just think about improving myself compared to last season and trying to make fewer mistakes. It's welcome if I score more goals or assists," Duncan told Firenzeviola.

Fiorentina are one of the top seeds in the Europa Conference League play-offs draw.

The tie will be played on August 17 and 25 to decide who enters the group phase of the UEFA tournament.

Fiorentina will learn the identity of their opponents after the third qualifying round on August 4 and 11.

"The Conference League? It will be a decisive month for us because we have to hit the group stage and then win the playoff. Then we have commitments. also important in the championship. We must try to give continuity to both results and performances," Duncan said.

The 29-year-old in May retired from international football, citing unfair treatment by the Ghana Football Association and the Black Stars’ current and previous technical teams.