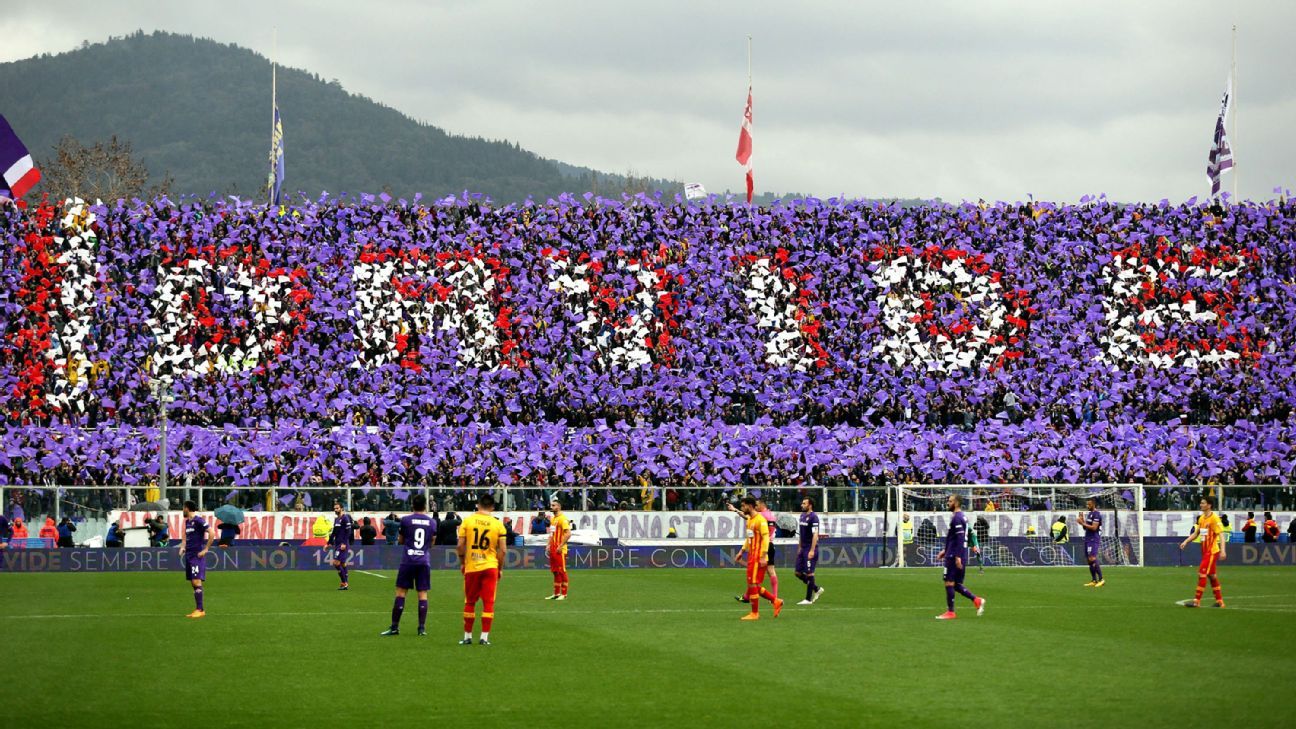 Fiorentina paid emotional tributes to their captain Davide Astori before and during Sunday's 1-0 win over Benevento at Stadio Artemio Franchi.

The Serie A club were playing their first game since Astori died suddenly in his sleep at the team hotel last week.

Fans unveiled banners in Astori's honour and players warmed up in shirts bearing his name and number, while the match was halted in the 13th minute for a sustained round of applause.

Vitor Hugo headed the only goal of the game in the 25th minute and celebrated by hugging coach Stefano Pioli before raising a shirt picturing Astori to the crowd.

Fiorentina posted a message on Twitter after the game that read: "We dedicate this win to Davide and all those who loved him. DA13 forever."

Viola coach Stefano Pioli added: "We had to get back to playing and it was right that our fans were there to see it.

"It was an emotional day but unfortunately nothing will ever be like it was before."

Fiorentina midfielder Marco Benassi spoke of how hard it was to take to the field.

"It was a very difficult day and stepping into that locker room, looking at his locker and seeing he wasn't there... that was difficult," Benassi was reported as telling Sky Sport Italia.

"We played for him, we tried to put on to the field the ideas that he would embrace and I hope he's proud of what we did. Now it's up to us to carry on his principles. Everyone has been so close to us, but it's up to us now."