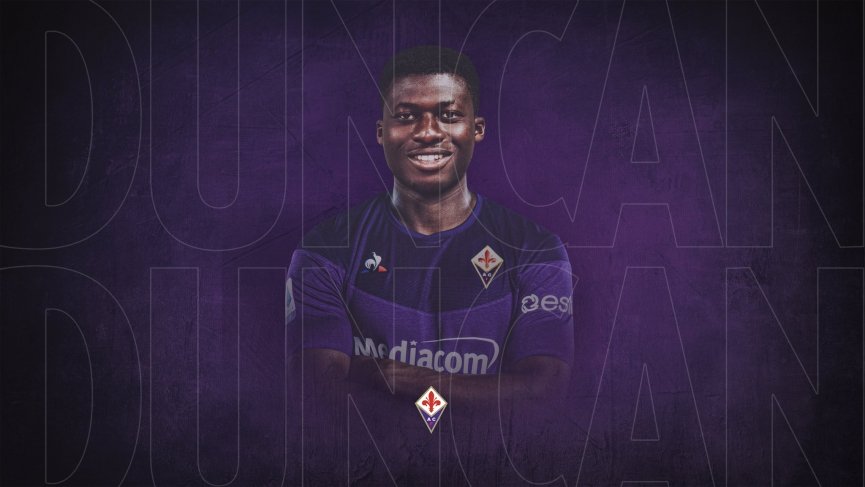 Twenty-six-year-old Ghanaian midfielder Alfred Duncan was one of the many players to move clubs during the January transfer window in Europe.

The former Inter Milan youth team player, who made his Serie A debut in August 2012, joined Italian club Fiorentina on loan for the next six months of the season before signing permanently for the club.

The race for the Serie A title is very close with Juventus and Inter Milan fighting for the championship. Fans can use 22Bet bonus by Nostrabet before wagering on the upcoming round of games and predict the winners.

Fiorentina’s deal for Duncan was finalised in the closing hours of the Serie A transfer window in January. It was a deal that the club had been working on for several weeks with both sides negotiating for the player’s move.

The Viola had been in desperate need of re-enforcing their midfield for the second half of the season. Fiorentina are 13th in Serie A after 21 matches and have just 25 points. It hasn’t been a great season thus far for the club but 10 points do separate it from the bottom three.

Duncan’s signing was not simply a move out of the blue. Fiorentina coach Giuseppe Iachini worked with Duncan at Sassuolo, the club the midfielder left. Duncan had played well for Sassuolo contributing five assists in 13 matches this term. His five assists led the Neroverdi and that goal creating should improve Fiorentina in the final third.

The Accra-born midfielder spent two years in Tuscany at Fiorentina’s rivals, Livorno, on loan. He later moved to Sampdoria before signing for Sassuolo. Duncan is a full international for Ghana having earned eight caps.

The midfielder had come through the Inter Milan youth academy before paying his dues around Serie A. The transfer to Fiorentina is a step up for Duncan. Fiorentina are one of the big clubs of Serie A and despite recent struggles, should be fighting for European qualification year on year.

Duncan had spent three and a half seasons on the books at Sassuolo prior to the January move. According to Transfermarkt, Fiorentina will pay Sassuolo £13.5 million in the summer for Duncan’s permanent signature. It was reported that Duncan’s contract at Fiorentina is worth £1.3m per season plus bonuses.

Fiorentina’s initial transfer for Duncan was to involve a former Ghanaian international. Before the six-month loan with an obligation to buy was agreed by Fiorentina and Sassuolo, it was originally planned that Duncan would join Fiorentina for £13.5m and Kevin-Prince Boateng would go back to Sassuolo.

The Viola were desperate to get the underachieving Boateng’s contract off the books. However, Sassuolo were not interested in bringing Boateng back to the club. The former Ghana national team player has since signed with Besiktas in Turkey.

Duncan should improve Fiorentina’s midfield and help them move further away from the relegation zone. The midfielder is capable of playing box to box and is very similar to another Ghanaian who used to play in Serie A, Sulley Muntari. Duncan is a better attacking player and should help Fiorentina’s attack score goals.