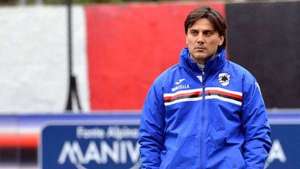 Vincenzo Montella has his sentimental return to the Stadio Artemio Franchi, as Fiorentina host Sampdoria on Sunday afternoon in Serie A.

The Blucerchiati coach is desperate for points in their relegation battle as Sampdoria have only won four games since Montella took over from his predecessor Walter Zenga in November. Winning two of the last five, they currently sit in 15th after losing 0-1 at home to Chievo before the break.

Fiorentina, meanwhile, are having many off-the-pitch issues, with the future of several directors and even of coach Paulo Sousa in doubt. On the pitch, the Viola have struggled to replicate the great first half of the season, piling together 17 points since the loss to AC Milan that opened the second round of 19 games and come from a really difficult time, with the loss against Roma followed by two disappointing draws with Frosinone and Verona.

Last time Blucerchiati and Viola met was back in November, with the Viola comfortably winning 0-2 thanks to goals by Josip Ilicic and Nikola Kalinic, leading to the sacking of Zenga. The last encounter at the Franchi saw Fiorentina winning with the same result, 2-0, thanks to late winners by Alessandro Diamanti and Mohamed Salah.

Both players have left the Viola, but Sousa is confident his side can replicate the result, and will deploy his best XI following two weeks without league games. Some players returning from international duty might be rested, but otherwise apart from the injured Nenad Tomovic and Yossi Benalouane and the banned Kalinic, the Portuguese coach has everyone available, with Khouma Babacar leading the line, Cristian Tello starting ahead of Mauro Zarate, and Matias Vecino and Milan Badelj the midifield duo.

Montella, on the other hand, can count on everyone but Carlos Carbonero, and is looking to field the same system as his opponent, with a 3-4-2-1 that has Fabio Quagliarella as the number 9 and Joaquin Correa and Ricardo Alvarez playing behind him in between the lines. Former Viola duo Gianluca Cassani and Daniele De Silvestri will patrol the right flank, whilst Dodo’ will be on the left, with Fernando and Roberto Soriano in the middle.