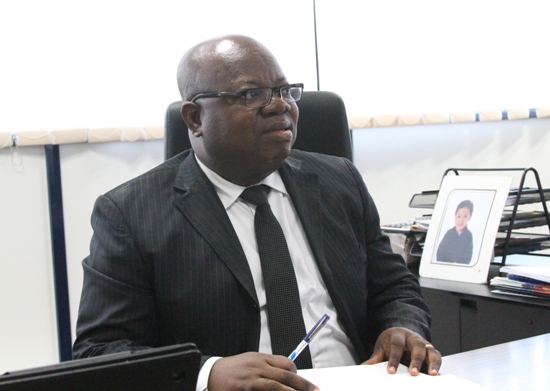 The headline sponsors of the Ghana Premier League; First Capital Plus Bank will be instituting reward schemes for excellent individual performances from players.

The wholly-owned Ghanaian bank has signed a landmark sponsorship agreement with the Ghana FA worth a whopping $10m over a five year period.

The agreement came at a crucial time for the Premier League clubs who will now be benefitting from the financial boost being provided for by the new sponsors.

The bank will now be fashioning out other packages for both players and supporters in their bid to reward excellent performances and patronage of the Ghanaian top flight.

â€œOne of our main objectives is to improve the patronage of football,â€ Chief Executive Officer of First Capital Plus Bank John Kofi Mensah said in the latest episode of GFA TV which will be airing on Saturday.

â€œThe sponsorship even though directly doesnâ€™t talk about spectators; we have carved up something for spectators and it is very interesting.

â€œThen we are also going to do some kind of remote control assessment of who is going to be the best player of the month.

â€œWe may have to select a panel and give a certain percentage to the public and then take the statistics and put all together to pick out our best players.â€ First Capital Plus Bank signed a landmark deal with the Ghana FA last month
The landmark deal had been heralded by many within and without football.

And the bankâ€™s chief executive is already being overwhelmed by the resounding response gathered since the agreement was launched last month.

â€œVery remarkable [the response]. I am getting responses not only within Ghana alone but all over the world,â€ Mensah adds.

â€œI have friends in South Africa and they call to let me know we are doing a good job.

â€œSome corporate institutions who maybe thought we are small or new are now opening up.

â€œWith this deal they now know we are not small and that once we have been capable of getting into such an arrangement, then we are also capable of doing greater things.â€

First Capital Plus Bank will be making cumulative annual payment of $2m to the Ghana FA over the next five years as headline sponsors of the Premier League.