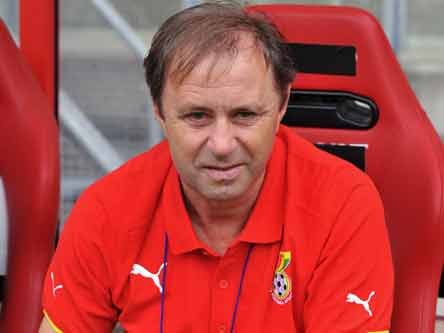 Milovan Rajevac- Will he be named the new Black Stars coach?

I donâ€™t like instructional manuals, they can be voluminous and pretty much tell you in fancy language, what you already know. However, I am sure like me; you have also found yourself reaching for that manual when one of your consumer products breaks. Itâ€™s in those moments that manuals become king.

As Ghana prepares to name a substantive Black Stars coach after parting ways with Kwesi Appiah, another form of manual has been on my mind, an exhortation of kind; a list of commandments to guide the incoming coach; five simple, yet disaster averting commandments.

The good thing about a new job is that one can always use a predecessorâ€™s failings to form â€œcommandmentsâ€ to live by and forestall similar pitfalls. That is why, if I were the incoming coach, my eyes will be glued to these commandments.

Thou shall not talk tactics in vain

Your predecessor was fond of the word â€œtacticallyâ€ but hardly ever provided real depth to his own or opponentsâ€™ tactical disposition. As you take over the reins, you are barred from ever spewing that word in vacuum again.

At any point in time when you feel like speaking tactically, we would not accept a generality, but rather, real insights as to why you picked a particular formation. We could hardly care, if the formation was a traditional 4-4-2; 4-3-3 or a glorified 4-2-3-1 (4-5-1 really).

What we require is an in-depth analysis of opponentâ€™s strengths or weaknesses; why formations and players were deployed in particular roles and how your tactics altered the course of games. If you canâ€™t talk proper tactics, spare our ears, the use of the word â€œtacticallyâ€.

Thou shall not commit nepotism

Your call ups or selection should not be whimsical, but have merit, justifiable criteria and more importantly, not based on nepotism. Your predecessor dabbled in nepotism by making strange calls.

He took Norway based goalie Adam Kwarasey through a gamut of emotions by picking and dropping him for reasons other than football. He didnâ€™t have to say it expressly; we are smart to know that his preferred choice of Fatau Dauda, who apart from pulling off point blank saves occasionally, was generally a hot mess in post. He being picked over the more active Kwarasey only smacked off nepotism. The consequence; cheap avoidable goals conceded. So, Mr. Incoming coach, it would do you a world of good to shake off any dust of nepotism, because call ups based on that, would eventually be exposed, cost you games and eventually your job.

Thou shall not make reckless statements

We have been talking technical so far and though we arenâ€™t done yet, there is another matter, a small matter of communication or is it miscommunication. Your predecessor left few legacies, some of which were not only hilarious but plain naÃ¯ve.

Paraphrased statements like â€œI was waiting for the USA players to get tired before introducing my acesâ€, â€œKwadwo Asamoah plays left back for Juventusâ€ and then the crucial one, which reportedly triggered his dismissal, â€œI never asked for a technical advisorâ€ left your predecessor looking lost and out of his depth.

Being a Black Stars coach requires more than selecting 11 players for match day, it requires other soft managerial skills in communication and public relations.

Thou shall not covet foreign based players

Now back to technical issues. We left off on the issue of call ups and we will pick up from there. Your predecessor was given all the support to go round the world to scout for players and while at it, he probably enjoyed the travels, a little bit too much.

For a local who was appointed on tidal wave of â€œdomesticationâ€, it was surprising how he scouted little at home, opting more for pasta than veritable â€œfufuâ€. Yes, he called up a couple of local players during the qualifiers but when it mattered most at the World Cup, only one local player, a goalie Â made the squad.

It was evident at the World Cup that, a couple of local players could have fortified the squad, especially in defense. He was rather fixated on foreign based players, when all he had to do, was turn his neck towards home.

Local players, especially defenders, have always resourced the Black Stars. So, Mr. Incoming coach, you would be better served, acquiring a little taste for some local â€œcuisineâ€. Go on and try, itâ€™s quite spicy.

The last of these commandments is pretty simple. Just like in the good book, even if you do not abide by any of the previous commandments, abide by this one and Ghanaians would stick by you. In the last couple of years, the Black Stars have recorded victories, with big margins even, but those were the exceptions.

The Black Stars playing in spurts with no identity, no particular set pattern and no fluidity was rather the rule. However, If you are able to instill some sense of purpose and organization, such that everyone can see progress in team building, topped with some attractive attacking football, Ghanaiansâ€™ heart will be yours and of course, the Black Stars top job, would be yours to keep too. Mr. Incoming coach, these are your commandments, your manual. May he, who has ears â€¦....