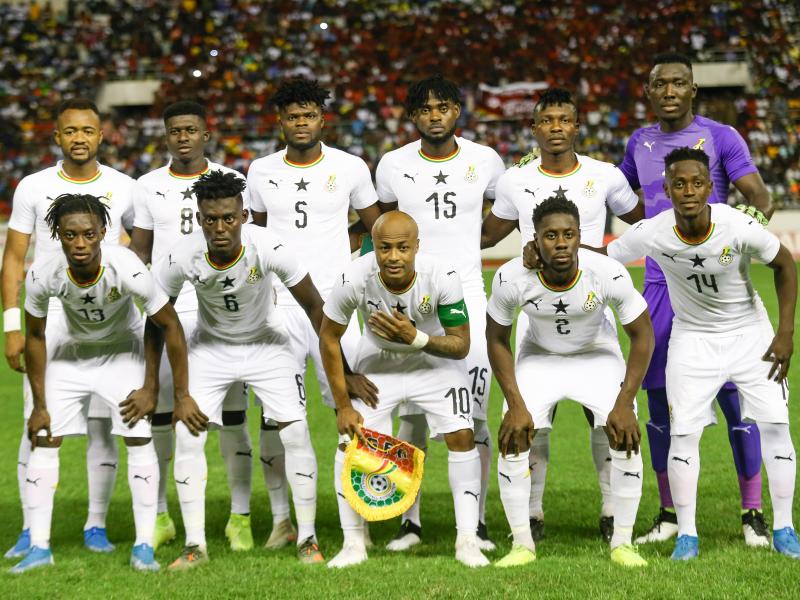 Slovakia-based Benson Anang of MSK Zilina, Tanzania-based Yakubu Mohammed of Azam FC and Emmanuel Lomotey of French second tier side Amiens were also given their debut call-ups in the 23-man squad.

There were no home-based players in the squad as the Ghana coach named only players plying their trade abroad while other established players like Mubarak Wakaso, John Boye and legendary striker Asamoah Gyan were all left out.

There are several returnees to the squad with Besiktas key player Bernard Mensah returning to the team for the first time in five years despite being in great form in Turkey.

Also reutrning to the Black Stars team is history-making Egypt-based striker John Antwi of Pyramids who hit the 100 goal mark in his career in the North African country.

Another returnee is outstanding Switzerland based goalkeeper Lawrence Ati Zigi who has been masterful since joining the St Gallen from the French club Sochaux last season.

Despite being club-less after leaving Tanzania, goalkeeper Razak Abalorah find a place in the squad returning to the team after good performances in the East African country before he left just few weeks ago.

Eugene Ansah also finds a place in the list even though he is Israel-based with lowly side Hapoel Shmona but several young players playing regularly in top leagues in Europe did not get the chance.

But the absence of some top players and high performing stars in top leagues in Europe will dominate the talking points as call-ups to Ghana national teams usually divide opinions.

The exclusion of home-based players will draw some attention in the media too as there has been a strong opinion in the media about the effects of exlcuding players from the local league.

The Black Stars play Mali on 9 September in the Turkish city of Antalya which serves as the preparation of the national team in their 2021 Africa Cup of Nations qualifiers against Sudan.