The United States menâ€™s national team is only 151 days away from its World Cup opener against Ghana.

Ghana has eliminated theÂ USMNTÂ from the last two World Cups, and the U.S. will also have to contend with world powerhouses Portugal and Germany in the group stage this time around.

So what would it take for the U.S. to get out of its group and, perhaps, even win a game in the knockout round to earn a berth in the World Cup quarterfinals?

Tim Howard Needs to Stand on His Head 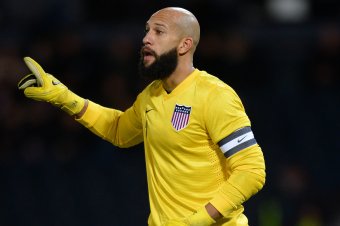 Tim Howard has been the starting goalkeeper at Everton for the past eight seasons and, as such, will be the most experienced European player the U.S. has on its roster in Brazil. Facing attackers like Cristiano Ronaldo,Â AsamoahÂ GyanÂ andÂ MesutOzil, just to name a few, Howard will be very busy in the U.S. net.

After a collision with EmileÂ HeskeyÂ in the U.S.â€™s opening group-stage game against England, Howard suffered from severely bruised ribs and required pain injections to continue playing in the tournament. Against Ghana in the knockout round, Howard could have done better on both of the Black Stars goals.

If the U.S. is to succeed in Brazil, it will need a healthy and in-form Howard to help neutralize the vast attacking talents of the U.S.â€™s opponents.

The Defense Needs to Play Lights Out 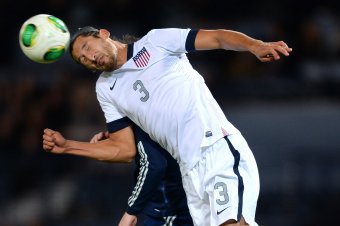 One key worry forÂ USMNTÂ fans heading into Brazil is the relative inexperience of the Americanbackline.

The likely center-back pairing of MattBeslerÂ and Omar Gonzalez only has a combined 28 caps and both the left-back and right-back positions are still up for grabs.

The defense will have Howard, an experienced international, behind them to help keep things organized, butÂ BeslerÂ and Gonzalez will have to be at their best.

Geoff Cameron has a great deal of experience at right-back in the English Premier League, but itâ€™s still unclear where head coachÂ JurgenÂ KlinsmannÂ will play him. He will likely battle Brad Evans for the spot on the U.S.â€™s right side.

On the left,Â DaMarcusÂ Beasley has the inside track, but many fans are openly hoping thatÂ KlinsmannÂ decides to deploy Fabian Johnson there rather than using Johnson in the U.S. midfield.

Getting the lineup squared away and working together must be a priority for the U.S.

Consistency out of Jermaine Jones 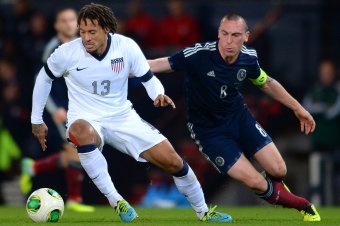 Jermaine Jones has become one of the most divisive players among U.S. fans with some insisting that his Champions League experience and tough tackling are needed in the U.S. midfield, while others argue that heshouldnâ€™t even be on the roster.

Jones has had some strong performances with theÂ NatsÂ where he has put in excellent effort, covered well for beaten defenders and even jump started the U.S. attack.

On the other hand, Jones has also had games when heâ€™s been a virtual turnover machine, put in lackadaisical effort and contributed almost nothing going forward.

The U.S. needs the former rather than the latter if it is to be successful in Brazil. 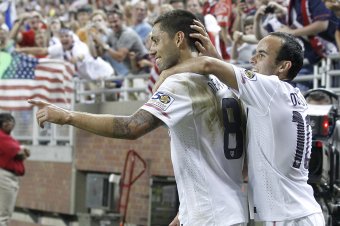 Both Landon Donovan and Clint Dempsey are capable leaders for theUSMNT, but what the U.S. needs most out of them in Brazil is not vocal leadership but production in terms of goals and assists.

During Donovanâ€™s regular absences from theÂ USMNTÂ over the past two years, the U.S. has, on repeated occasions, lacked creativity in the attack.

Dempsey did well during Donovanâ€™s absences to pick up the load and banged in more goals than anyone else in the U.S. player pool over the past two years. He will need to do the same in Brazil if the U.S. is to have any chance.

In Brazil, against group-stage opponents that are likely to eat up large chunks of time in possession, Donovanâ€™s passing and Dempseyâ€™s finishing will be key to a U.S. squad that will need to be efficient in the counterattack.

The U.S. Needs an In-Form Striker 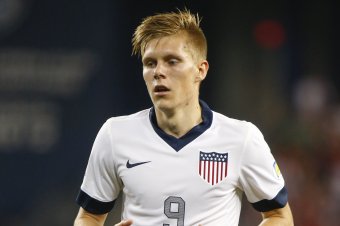 Altidore still has time to turn things around, and even if heÂ doesnâ€™t, club form does not necessarily transfer into international form. During Altidoreâ€™s recent 18-month goalless streak for theÂ USMNT, he was one of the hottest strikers in theÂ Eredivisie.

Likewise, despite AronÂ Johannssonâ€™s recent run of club form, the question remains whether or not he can translate that into success with theÂ USMNT.

Itâ€™s still very early in his international career, and while his touch and instincts are superb, his finishing thus far with the U.S. has been downright abysmal and full of wasted chances.

Another question withÂ JohannssonÂ is whether or not he fitsÂ Klinsmannâ€™s 4-2-3-1 as the lone striker.

JohannssonÂ flourishes in a 4-3-3 with AZ, but it remains to be seen whether or notKlinsmannÂ believesÂ JohannssonÂ can play alone up top. Despite Altidoreâ€™s woes withSunderland, he has done okay in his hold-up play, an ideal skill for someone playing up top in a 4-2-3-1.Â Johannsson, who is much smaller than Altidore, may not be able to play the role the wayÂ KlinsmannÂ envisions.

Whichever strikerÂ KlinsmannÂ uses, the U.S. will need production out of the striker position to be successful in Brazil. In the 2010 World Cup, the U.S. striker pool combined for a grand total of zero goals over four matches.